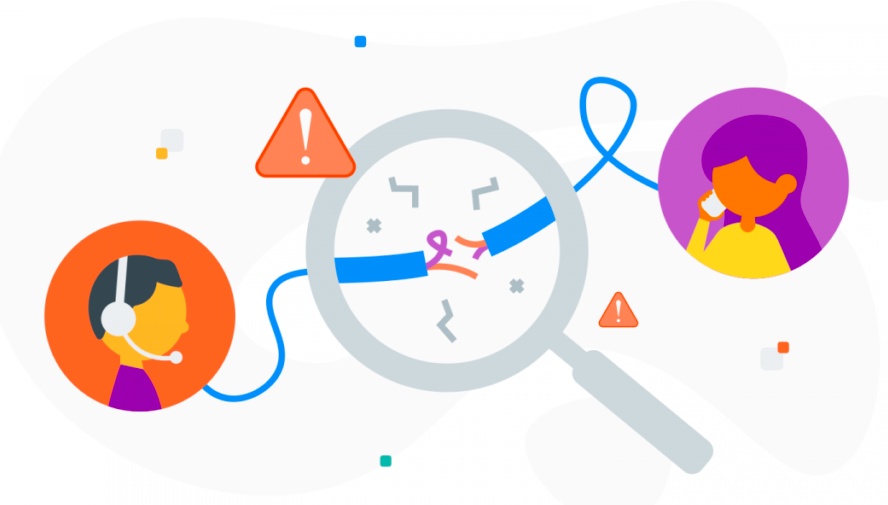 Voice over internet protocol VoIP is a cloud-based telecommunication system. It is the latest form of communication. You can make calls, send text messages, multimedia, voice notes and record by using this application. It is mainly used for businesses so that they can communicate with their team members and customers without hurdles and distortion of voice.

How Does VoIP Work?

The working of VoIP is simple and defined as,

The working of voice over internet protocol is simple and easy. You will need just a stable internet connection and a computer device is needed in order to communicate with each other. Other than that you need to subscribe to a VoIP plan through a well known VoIP service provider. It is the most advanced method for businesses to make connections with their personnel. It makes businesses able to conduct a digital meeting in the form of a conference call. If the meeting personnel are not available in the town, you can make a conference call to engage all the members of the office and outside the office in order to discuss the matter. For discussion of issues and making decisions urgently, VoIP is the most effective way to communicate.

This telecommunication system is run through the internet, and stable internet is the most important thing needed for having quality communication. Sometimes due to the internet and other factors, VoIP functioning is affected. Here are a few issues along with solutions discussed, so you do not need to worry about such issues.

This is likely one of the most common VoIP difficulties. It is actually the “network disruption” “poor call quality,” or “extremely sluggish” service on the receiver or caller end. Due to a lost and poor internet connection, voice quality and video quality got disturbing results in jittering of the voice.

Sometimes the data packet is generated by the Internet protocol device to convert voice signals into digital signals. The digital signal is divided into small packets which are called data packets. These data packets vanish sometime which results in loss of the voice and the receiver hears nothing from the caller. This issue can be restored if you keep on doing maintenance of the system and improving its quality.

Sometimes the caller sends a voice note and the receiver probably experienced the frustration of poor voice quality. The receiver keeps on asking the caller to repeat the words again. This becomes an embarrassing situation for the caller. Sometimes the choppy audio, voice effect and hiccups that create echoes occur like the voice is emerging from a cave or your sound changes into a robotic sound that becomes odd. Such broken audios are usually related to the “bandwidth capacity” of VoIP. The bandwidth capacity of voice over internet protocol measures the amount of data that is transferred over an internet connection in a given period of time. If the caller or receiver cuts in and out of the VoIP call, Bandwidth may get disturbed and cause such issues. To reduce such issues, the caller and receiver must take measures to save the bandwidth capacity of the cloud-based telecommunication system.

The time it takes for audio data to get from a phone or computer to your headphones is known as latency. The level of latency varies based on the device, the network, and even the headset you’re using. Callers experience latency as a delay in their audio and perhaps as an echo. Make sure your device is up to date and not plugged in inappropriately to figure out what’s causing the lag. Re-test your calls after using the failsafe tech suggestion of plugging and unplugging the device.

If you’re hearing no sound at all, the issue might be with your microphone settings. If you’re using a headset, check if the headset is set as the default microphone in your browser and the docking station is connected to your laptop directly. The Dialpad app has the advantage of allowing you to test your gear, including your microphone, directly in your browser or app.

If you’re still having problems with call quality, it might be due to a lack of bandwidth. Either the bandwidth has reached its limit or there is network instability, in each case, your audio quality will be reduced to a lower, more dependable bandwidth in order to keep your conversation going. This might be due to the VoIP UK network of the other caller or your device.

If you’ve previously examined your network, you should also ask the other person to do so.

7. Not able to make outgoing calls

Sometimes if you are working in sales or customer service, being unable to make outgoing calls might reduce your productivity.

One possible cause is the arrangement of your network. The Application Layer Gateway “ALG” is a device that rewrites protocols to make them flow more smoothly across a firewall or NAT “Network Address Translation”. This might create issues with VoIP.

How to fix an inability to make calls

To resolve this issue, try to disable SIP ALG. Also, make sure you don’t have a double NAT or two routers preventing the flow of data packets. Putting your VoIP phones on a VLAN might also fix the problem.

These Are the Latest Innovations in Space Exploration

How To Install Digital Door Lock

Learn the Primary Differences Between Play Lottery and Raffles

Outsourcing and Management: Your Complete Guide to Hiring a Virtual Assistant

richard willis - May 10, 2022 0
Hiring a virtual assistant for the first time is a significant step, and we know you'll have a lot of questions if you're thinking...