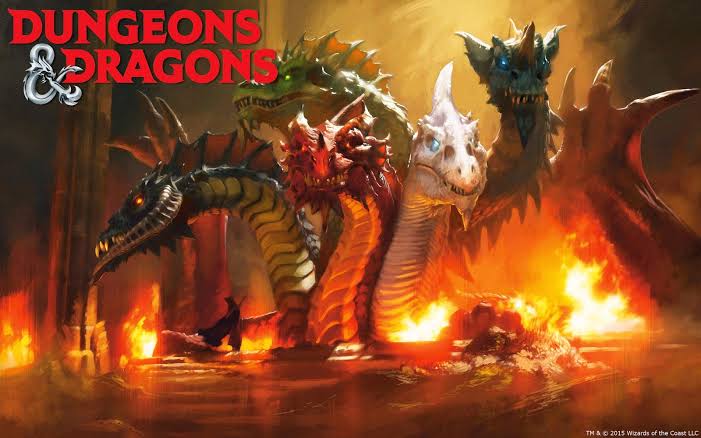 Dungeons & Dragons or D&D is a fantasy role playing game designed by Gary Gygax and Dave Arneson. It was published in 1974 by Tactical Studies Rule. It has been published by an American publisher, Wizards Of The Coast in 1997.

Player first needs to create their own character. Characters indulge in doing imaginary adventures in a fantasy world. The characters form a party and they interact with each other. They solve the tasks, battles and gather treasure together. Dungeon master is the game’s referee and storyteller.

Game was published in 1974 and make its place as the leader in the role playing game industry. 1977 was the time when D&D splits up in two branches. One is basic light game system while other is heavy game system, which came to known as Advanced Dungeon & Dragons.

Player creates their character and records the details in character sheets. They then chooses a specie, character class and other features for character’s ability. During the Gamez player describe their intended actions and converse with the DM. With each completing task, the experience,skills and wealth increases.

Hit points are s measure of character’s vitality and health. They can be temporarily lost when a character gets wounded in combat or loss of HP. Resurrection of a player can be possible by some magic, but they have to face some penalties. Every adventure and task on D&D is based upon some sort of combats. Player’s choice for a monster is important for the further planning.

1. Goblins: Goblins are versatile with less HP power. They can either be easy or be hard, it is upto the player on how they control them. 2.Bandits: These are low level street thugs with knife in their hand. 3.Skeleton of zombies: They are found in ancient crypts wandering halls and protecting lost treasure. They are versatile. They are slow but refused to die. 4.Kobold: They are good in setting traps, but are absolute cowards. They are not evil and can’t stay for long in a fight.