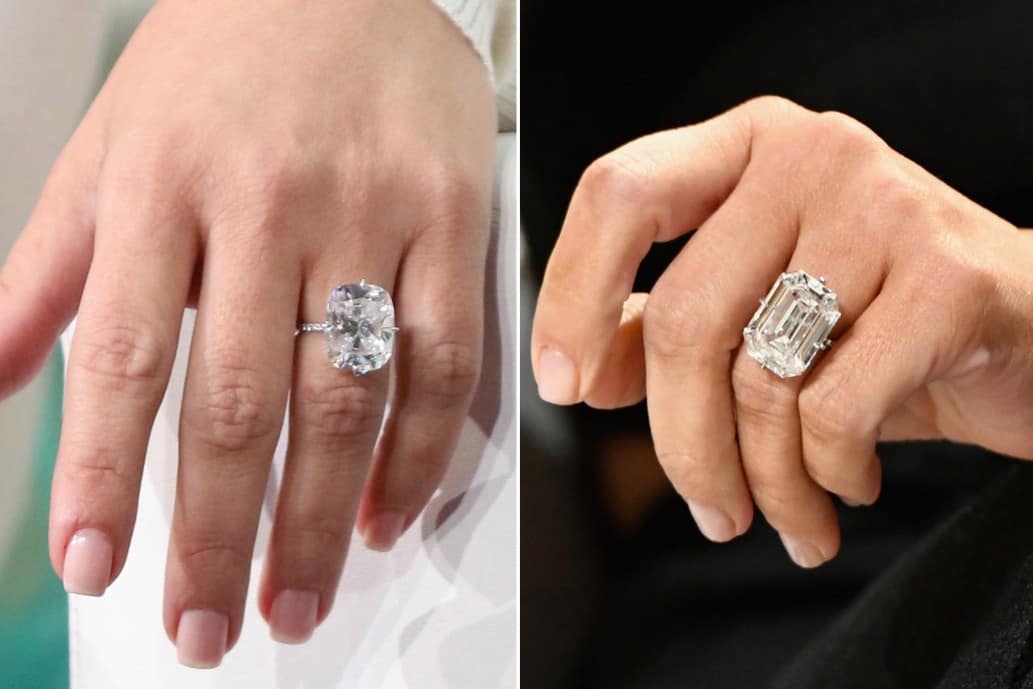 Kimberly Noel Kardashian or Kim Kardashian  is a American socialite, model, businesswoman, actress and a producer. She was first recognised by the audience as a stylist for  Paris Hilton. She then acted in a sex tape and was the lead in Keeping Up with the Kardashians. After the success of her previous series she was also seen in series like Kourtney and Kim Take New York and Kourtney and Kim Take Miami. Kim was married twice before she married  Kanye West.

In 2000, she was married to musical producer Damon Thomas but the latter filer for divorce in 2003. The reason for their separation has been told the physical and emotional abuse.

In 2011, she was engaged to Kris Humphries with 20.5 carat solitaire ring and the couple married on 20 August in California. She filed a divorce from Kris after 72 days of marriage due to irreconcilable differences. In 2012, she started dating the rapper Kanye West and the couple got married on May, 2014 in Italy in a royal marriage with some guests. Due to the high involvement of the two in their respective fields it was no secret about their marriage. As predicted, Kim filed for a divorce and they both agreed to the reason of irreconcilable differences. They agreed on joint custody for their four children and no spousal support. Kim Kardashian and Kanye West got engaged on Kim’s 33rd birthday. The ring made to the headlines all throughout. It was from a famous jeweler with 15-carat diamond with type 2-A rock from Lorraine Schwartz and was designed as the perfect cut. It was estimated that the ring was worth $4-$8 million for its D-colour, size and mesmerizing cushion-cut. Kanye West gifted Kim Kardashian a second upgraded engagement ring with 20-carat emerald cut stone on a thin band that has been perfectly craved by the Lorraine Schwartz. It was much bigger than the first ring somewhere in the region $1.5 million. But the exclusiv cut, classy fashioned and styled ring was stolen from Paris.

Due to the size of the ring, the flat plane accentuates the crystalline design. It flashes like a mirror and sparkles in all the directions. I has been described as rectangles square piece of art.