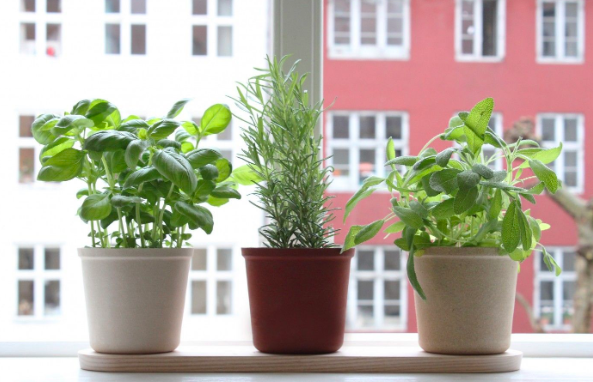 Potted flowers, which are grown in homes and apartments, can not only please the eye of the owner with their beauty, but also bring practical benefits. First of all, they moisten and enrich the environment in the room with oxygen, necessary for human existence. There is another useful function that not everyone knows about – some plants are able to absorb and neutralize harmful and even poisonous substances surrounding modern man in his home or office.

What do we breathe at home?

Most of our lives are spent indoors: at home, at work, at home. Thanks to progress, we have received many new materials, mostly of chemical origin, from which almost everything around us is made: furniture, building materials, household appliances and cleaning products. Practicality and versatility have a downside – harmful, aggressive substances which people breathe in without noticing or feeling them every second.

The greatest danger to humans are formaldehyde, benzene, trichloroethylene, acetone, etc. All these substances are emitted from common household items: carpets, wallpaper, paint and varnish, plastic products. Without going into scientific details, it is only worth noting that all these chemical compounds can cause very serious health problems in humans.

In addition to “chemistry”, the air of any room is simply teeming with microorganisms, some of which can become sources of dangerous infectious diseases.

To help in the fight against harmful substances come well-known plants, about the capabilities of which many people did not even know. Nature has given them a number of mechanisms that humans can use to their advantage:

To help a person to clean, humidify the air can almost all indoor flowers, but some of them perform this function really professionally. Let’s start with the most popular ones.

A well known unpretentious houseplant that can be ranked first among the decorative representatives of home flora in its ability to absorb toxic substances, carbon dioxide.

It seems that nature created the chlorophytum precisely for the purpose of purification. It’s amazing, but it grows much better in polluted rooms than in clean ones.

Chlorophytum neutralizes the enormous amount of formaldehyde in the room. When placed in the kitchen, the plant is able to remove all the compounds that are produced from combustion. Unfortunately, the plant is not particularly ornamental with its flowers, and some florists neglect it.

An unusual plant with an original appearance of leaves, surviving even in difficult, extreme conditions. Sansevieria is destructive to streptococci causing respiratory diseases. Due to the large surface area of the leaf plates, the plant is able to efficiently produce oxygen, take a large amount of carbon dioxide from the air of the room, as well as formaldehyde, nitrogen compounds and other volatile substances. Only ammonia is not subject to it.  These properties of sansevieria have been known for a long time, and savvy housewives often place it in the kitchen and office workers in their workplaces.

A flower with beautiful ornamental leaves. The plant is able not only to enrich the air with oxygen, but also to neutralize harmful substances, in particular xylene and toluene. Would not be superfluous to grow dieffenbachia in homes and apartments located near major highways or factories. The plant has another important property – the ability to kill staphylococcal microorganisms that cause a large number of respiratory diseases. That is why the cultivation of diffenbahia will not be superfluous for people who are subject to frequent respiratory diseases.

Another record-breaker in its ability to filter the air in the home or apartment. With its large leaves, ficus helps to fight dust, absorbs harmful substances emitted by products made of plastic and other synthetic materials from the surrounding space. The plant is very active in taking up carbon dioxide and releasing oxygen. Ficus should be periodically wiped to ensure that its air-cleaning functions are performed better.

A beautiful ornamental plant, otherwise known as “lady’s happiness” , Spatifillum adds to its spectacular appearance by its ability to kill mold spores, absorb formaldehyde compounds, trichloroethylene and even ammonia. Spathiphyllum humidifies indoor air and can handle even large amounts of harmful compounds. The plant is shade-tolerant and requires little care.

Another long-known and popular, beautifully blooming houseplant, whose leaves have a pungent smell. It is the smell, or rather phytoncides and essential oils emitted by the plant, that contribute to the devastating effect on all pathogens, as well as scare away insects. But suitable geraniums (pelargonium) not every fan of houseplants. At least a slight suspicion of allergic symptoms – the flower will have to be abandoned.

Widely known indoor plant is able to rid a person from the presence in his apartment of a whole list of hazardous substances emitted from decorative coatings used in repair and construction. It is only ammonia that the dracaena does not cope with. The plant efficiently fights unpleasant odors and harmful substances entering the room from the street.

A beautiful ornamental plant, which will become a decoration of any home. If there is Chamaedorea in the room, it is much easier to breathe. This is due to the unique ability of the plant to humidify the air. The palm cleans the space around it from formaldehyde. The plant has one disadvantage – its size, so many people simply do not have the opportunity to get hold of it.

It is a unique representative of the plant kingdom, able to get rid of the consequences of tobacco use. For the relatives of smokers the schefflera is a real gift. It can neutralize tobacco tar and nicotine, eliminating the unpleasant cigarette smell from the room. In addition to its practical value the plant has a beautiful appearance. It is quite demanding of light, but has one not so pleasant feature – its leaves are poisonous. Therefore, small children and pets should be kept away from the schefflera, or do not grow it at all.

Ornamental plant with dense leaves of interesting shape. The main advantage is the ability to absorb formaldehyde, the disadvantage is the high content of poisonous substances. Philodendron does not require careful care, easily tolerates the lack of light, but loves humidity.

The Right Attire Matters A Lot For A Bartender!

Top 5 Art Festivals to Visit Around the World

WHY YOU SHOULD USE FLYFIN’S AI TOOL FOR TAXATION

How to Bet on Football

How Many States Will Ban Abortion More details about Abortion Ban

Fortnite Hacks and Aimbots Can Help You See Through Walls

Illnesses caused by stress and anxiety and their recovery options

Every Details You Must Know About Tarkov Bitcoin or Physical Bitcoin

The benefits of having an air conditioner

rahul panday - August 21, 2022 0
An air conditioner can make a huge difference in your home, office, or car during the hot summer months. Not only will it keep...