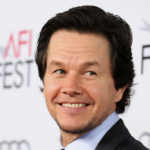 Mark Wahlberg is an eminent American actor, producer, restaurateur, and former rapper. Before pursuing a career in acting he was in a band named Marky Mark and the Funky Bunch, Marky Mark was the actor’s stage name. Ever since he has step foot in the Hollywood industry ever film he has chosen he has given his best.

Here’s the list of the top 5 Mark Wahlberg movies:

The fighter is a biopic of Micky Ward an American welterweight boxer. The movie stars Mark Wahlberg as the protagonist Micky ward, Christian bale as Dicky Ward his brother, Amy Adams as Micky’s girlfriend, and Melissa Leo as the protagonist’s mother. The plot is Micky was a struggling boxer and he wanted to become a professional and with the help of his brother Dicky who is portrayed as a cocaine addict help him achieve the goal. Mark was nominated for The Golden Globe best actor award. The movie is highly recommended.

The Italian job is also one of the finest works of Mark. The movie’s plot is that a bunch of people plans a heist to steal gold bars from a vault in Venice, The planning was done by Charlie Crocker (Mark) but one of their team members betrays them to keep the gold all for himself. Crocker and the team after many years come up with another plan to steal the gold back and take revenge. The movie stars Mark Wahlberg, Jason Statham, and Mos Def. The movie is very entertaining, full of humor and lots of action.

The departed one of the great works of the legendary director Martin Scorsese. The movie stars the most amazing actors in the industry, Leonardo DiCaprio, Jack Nicholson, Mark Walhberg, and Matt Damon. The movie is set in Boston and an Irish gang boss Frank Costello (Jack Nicholson) has set up a mole in the police department a con cop (Matt Damon) and An undercover cop (Leo) is inside the Irish mob keeping tabs on their moves. Both of them are trying hard not to get exposed. The movie won several awards including four Oscars. The movie can’t be missed, if you love Gangster movies you have to watch this.

The movie is full of laughter. It stars Mark Wahlberg as Terry and Will Ferrel as Allen. Allen and Terry are two cops who are misfits in the department and don’t do much are assigned a task to investigate a case which will finally give them the opportunity to prove themselves and make a name of themselves. The movie is fun, entertaining and the duo of Mark and Will is really enjoyable to watch.

This movie is the most hilarious movie of Mark Walhberg, he’s known for his comedy character and this is the best one. Mark plays John Bennett in the movie and during his childhood, he always dreamt of his teddy best friend Ted being alive and being with him forever. 30 years later his best friend is still Ted even in his adult life where he has a girlfriend now played by Mila Kunis named Tori and Ted doesn’t approve of them being together. Even Tori always felt she can’t achieve stability with Ted around. The movie has shown strong friendship and lots of laughs, it’s a must-watch if you love the comedy genre.

Polaris Recall Snowmobile :- What can you do?

What Did Trevor Bauer Do to Be Suspended  What was the reaction of Trevor when he heard the verdict by MLB?

Essentials To Create Your Home GYM

Watch Online You Are My Spring Episode 13: Release Date, Spoilers and Everything You Need to know

Accident Saguenay :- Why are these news trends so popular?

Jai Shreya - March 4, 2021 0
There are about 700 characters in the Naruto world. Obviously it just impossible to remember each Naruto Characters. People always remember lead characters but...