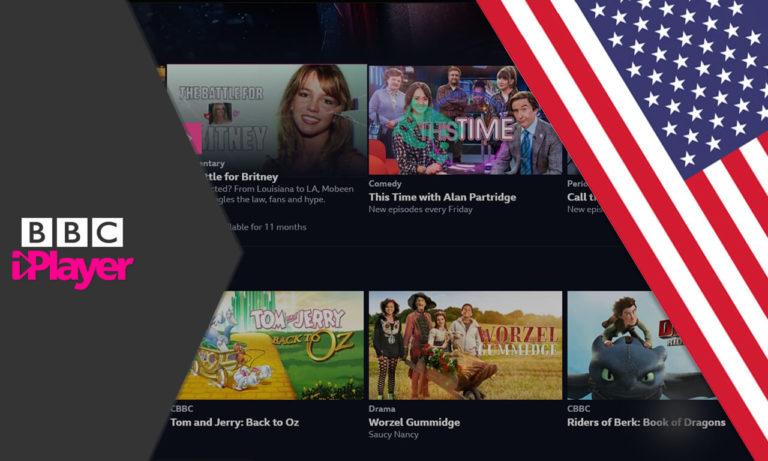 This year has just begun, and we already have many exciting TV shows on the BBC iPlayer. BBC iPlayer is another online video streaming platform like Netflix, Disney+, and Amazon Prime Video. It provides its users the option to watch their favorite TV shows from their smartphones, TVs, and laptops. The online streaming service is top-rated within the UK, but with the help of a VPN, you may enjoy BBC iPlayer abroad as well.

But only being able to watch BBC iPlayer abroad is not enough. You also need to know about the TV shows worth tuning into. We thought to bring you a list of some of the best TV shows to stream on BBC iPlayer, including newly released and all-time favorite TV shows.

Following is the list of top five TV shows to watch on BBC iPlayer in several genres, suitable for a large number of viewers:

The sixth and final season of the world-famous crime series of Steven Knight, Peaky Blinders, is out on BBC iPlayer. The entire six seasons are available to watch on the platform if you have missed any or are thinking about watching it from the beginning. All six seasons of the thrilling crime drama series consist of 6 episodes, each with an average length of 55 mins per episode.

Cillian Murphy is back in the role of Thomas Shelby, a gangster and owner of a business empire from Birmingham, England. Other actors returning with their roles include Tom Hardy, Paul Anderson, Sophie Rundle, and others. Though the villain was expected to be Oswald Mosley, there are hints that Gina Gray, Michael’s wife, is the real villain. There is only one way to find out, subscribe to BBC iPlayer now and tune in to the show.

Tony Schumacher, an ex-police officer, wrote the story of “The Responder” and is based on his life as an urgent response officer. It is the first written story by him and is led by Martin Freeman, playing the role of a police officer. Chris Carson, the police officer, is trying to play his duty at best which is causing his marriage to struggle. His life becomes a bigger mess as he gets along with a new Rookie, Rachel. They realize that there is only one way to survive, either work together or get rid of each other.

Each episode is a crazy combination of dark comedy and painful tragedies and portrays the real-life struggles of a frontline police officer. The first season, comprising 5 episodes, is available to stream on BBC iPlayer.

“This is Going to Hurt” is a comedy-drama based on the world-famous novel written by Adam Kay, led by Ben Whishaw, playing the role of Adam Kay himself. The drama story revolves around Adam Kay, who is working as a Junior Doctor, and his chaotic life in the department of Gynecology.

The drama shows how tough the job is of the young doctors as they struggle daily to save the lives of mothers and babies during and after birth. Their lives are full of bloody deliveries and unexpected deaths, making it a daily challenge. As a young doctor, Kay had to work long hours, frequent shifts, and deal with all types of mothers in the obstetrics section of the hospital. You can exclusively watch all episodes of the drama’s first season on BBC iPlayer.

Jamie Dornan plays the lead role in “The Tourist,” a story full of action, twists, and drama. The story is about a British man who happens to be present in Australia and is chased by a truck, trying to push him off the road. After a high-speed chase, the man finds himself in a hospital and has lost his memory.

The story’s crux revolves around the man’s struggle when people from his past keep haunting him. He has to remember himself quickly before encountering those who previously wanted to kill him. The drama series is filled with dangerous and exciting scenes. The first season is available to watch on the BBC iPlayer.

Around the World in 80 Days

This adventure-comedy is based on one of the most popular books by Jules Verne, “Around the World in 80 Days,” and is exclusively available on BBC iPlayer for the users. David Tennant is playing the role of Phileas Fogg, the adventurer who bets with his friends about traveling the whole world in just 80 days. Along with him, he takes his newly hired servant, Passepartout.

Throughout the journey, they are seen going through several adventures and dangers. But several mistakes are made along the way, making the trip even more challenging and time-consuming. Whether they completed the journey in time or not? What struggles do they face during their journey? Tune in to BBC iPlayer right now to get answers to all such questions.

TOP 10 Netflix Series with The Best Ratings on IMDB

How to make a creative logo

How to Identify a Reliable Betting Site 

Eesha tolety - August 10, 2021 0
Kaiju No.8 Chapter 42 is the next chapter of the series which is set to release soon after taking a short break. Know where...