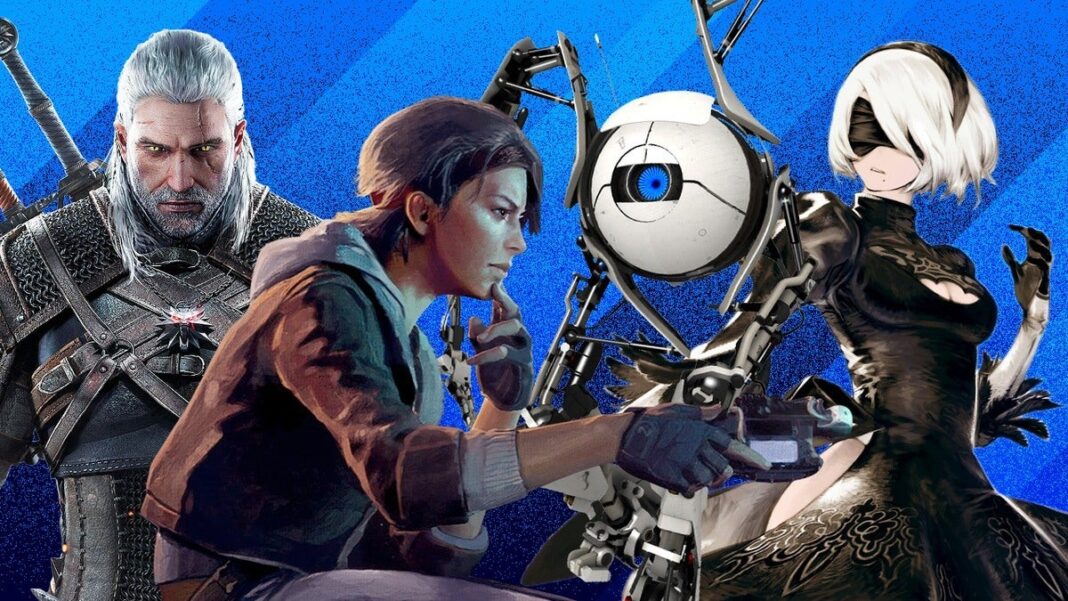 Even though a large majority of games are now multi-platform, the PC still holds its own and remains an essential platform. Notably thanks to a versatility offering an unequalled fluidity (provided of course that you have the means… and available parts). The indestructible and comfortable keyboard/mouse combo or the support of mods allowing to completely rediscover a game complete the picture.

Read more: Where can I find game guides?

Let’s get the ball rolling with DOOM Eternal. Joystick-based FPS’s are cute, but joysticks will never (at least without aim assist) come close to the demonic fluidity and precision of a mouse. And who better in his category than the father of this wonderful genre himself to put everyone in agreement with Super Shotgun?

Beautiful and fluid as hell on PC, with a demanding but devilishly enjoyable gameplay on the keyboard/mouse, all animated by a killer soundtrack, DOOM Eternal is quite simply THE best single player FPS today. Complete with its two-part expansion, id Software’s latest baby promises hours of intense, demon-blooded fun.

No other id Software game will be able to dethrone the DOOM Guy in our opinion. But we never spit on a good PC FPS that wants to try its hand at this ambitious challenge.

Another choice that will certainly raise a few eyebrows, CD Projekt RED’s latest and controversial action-RPG still fared much better on PC. More than a year after its release, Cyberpunk 2077 remains at its best on this platform, even since the release of the PS5 and Xbox Series X|S versions.

The fact that the game takes place in first person is also an element in favor of the PC version, once again thanks to the comfort brought by the keyboard/mouse combo. Now much less buggy, the title of the Polish studio remains a masterpiece in our opinion. Notably thanks to its “breathtaking” graphics, a story that deeply marked us and the numerous mods of a passionate community.

But the work on Cyberpunk 2077 is still far from over for CD Projekt RED. In addition to future patches, we’re eagerly awaiting major expansions that will hopefully finally make this game the wonder it should have been upon release.

Let’s leave the cow floor to marvel in the clouds. With Microsoft Flight Simulator 2020, the Bordeaux-based studio Asobo Studios has simply signed one of the best flight simulations of recent years. Even though the game was later released on Xbox consoles, the PC version remains the best way to enjoy this aviation gem.

Graphically first of all (provided you have a very muscular configuration), but also once again thanks to the much better keyboard/mouse controls. The ultimate being of course to have at one’s disposal the complete panoply of the amateur pilot

There was clearly a before and after Flight Simulator 2020 in its category, as the title set the bar very high, almost reaching the clouds.

Liquid Soaps- A Global Need for a Sanitary World

Top Chef Streaming: Where to Watch Contestants and Judges and much more

richard willis - April 8, 2022 0
This study will focus on Wordle Wordl Wordle is going to help readers understand the development games, the game, and other interesting information on Wordl. You may...