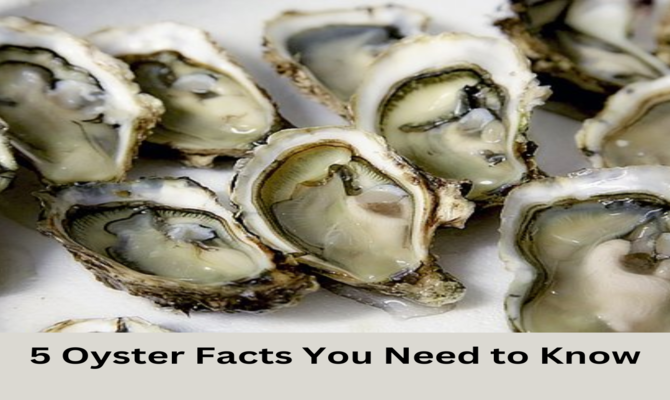 You either like oysters or dislike them. Despite their small size and outward innocence, oysters are complex organisms. Despite being slimy, they are tasty. Oysters are regarded as a specialty and are available worldwide.

They’ve been put into soups and stews as peasant cuisine, but they’re also worthy of royalty. Oysters are more than just food, though. Clams and sea oysters play a crucial role in maintaining ecosystem balance and in the ocean’s filtration. They are highly regarded today for the significant environmental benefits they provide.

The term “sea animal oyster” refers to a group of saltwater bivalve mollusks. It is a soft-bodied organism that shields its body with a shell. There is a little hinge holding their two shells together. Oysters can remove waste and swallow food by opening their shells. They can lock their shells if predators are a threat.

Oysters have relatively straightforward biological systems compared to other mollusks. Both brackish and saltwater are suitable habitats for them. Some species may even migrate inland to find fresh water. However, these are very rare.

Oysters are members of the Bivalvia class and go by the scientific name Ostreidae. Oysters have been consumed by people for thousands of years. These amazing marine creatures have interesting lifestyles and unique anatomies.

Every year, about 2 billion oysters are eaten. Whether you’re trying oysters for the first time or are a seasoned connoisseur, there’s always something new to discover about this beloved seafood. We have compiled fascinating oyster facts to help you learn more about these amazing mollusks.

1. 1.3 Gallons of Water Are Filtered Every Hour

Oysters eat food like plankton while filtering water into their bodies through their gills. A mature oyster has a maximum water filtering capacity of 5 liters, or 1.3 gallons, per hour; for just one oyster, that equals 30 gallons every day.

Oysters consume by pushing a lot of water through their bodies because they are filter feeders. The cilia in the oyster’s gills pulse, pumping water through them. They can remove too much sediment and algae that result in hypoxia, or low oxygen levels, which kill other marine life. Oysters can help maintain the balance of a marine ecosystem.

Oysters have gills, just like fish do. An oyster’s gills are divided into four layers. Oysters use their gills for eating rather than breathing. For removing bits of algae and plants, the gills are the ideal filtering device. The sea debris can be moved up to the oyster’s mouth by the oyster because it sticks to the gills.

An oyster has a mechanism for recognizing food even though it lacks a central nervous system. An oyster can tell when food is around. They can determine when to open and shut their shells using a combination of circadian, lunar, and tidal cycles. According to the way they eat, oysters are filter feeders.

3. Oysters Can Be Picky Eaters

For example, plankton is a favorite nutrient snack of oysters. They eat planktonic bits wherever they come across them. In addition to these, phytoplankton, zooplankton, bacteria, sea grasses, and dissolved plant particles are all favorites of oysters.

Since oysters are filter feeders, the quality of the water in which they are found might have an impact on their flavor. A few oyster species taste better in the winter because of the sweeter, cleaner waters. During the summer, oysters are exposed to warmer waters, which frequently include more debris and tiny creatures.

Due to current oyster farming practices, overnight shipping, and round-the-clock refrigeration, customers may enjoy tasty, fresh oysters all year long. However, this can occasionally result in a taste that is more salty and metallic.

5. Oysters and Wine Are Frequently Compared

There are numerous flavor profiles for oysters. Oyster flavors can range from sweet to salty. Some are soft, while others are hard and meaty. Similar to wine, some of this is caused by species variety, but it also depends on the growing region. In part as a result of being exposed to various water conditions, Pacific oysters, for instance, taste much different from Atlantic oysters.

Although the majority of American oysters belong to the same species, their flavor truly originates from the environment. This is related to how much water they filter. Oysters from the Gulf Coast typically taste different compared to those from the Chesapeake Bay because various bodies of water have different amounts of salt and different types of nutrients.

According to some historians, humans have consumed oysters for more than 160,000 years. They were a staple of ancient Greek meals, and wine was frequently served with them. Depending on their surroundings, oysters have different flavors. Additionally, their textures vary from one location to the next.

Furthermore, they contribute to environmental protection. They offer services such as water purification, reducing carbon emissions, and local economic support. It is hoped that increased conservation measures will be taken as a result of the declining oyster population. Knowing these five essential oyster facts will help you understand why these mollusks are so important and why they are so popular in culinary circles around the world.

Reach Out Wordle What’s this Game What’s the Story?

Top Tips For Commuting by Train 2022

Citrus season 2: Will we see the love blossoming between Yuzu and Mei?

Freefireind Com 2022 What is free fire?

Schaffrillas Productions Car Accident : What Happened to Him?

richard willis - January 31, 2023 0
To realize who is engaged with the Schaffrillas Creations Fender bender and their ongoing status, read the blog till the completion. Did you find out...