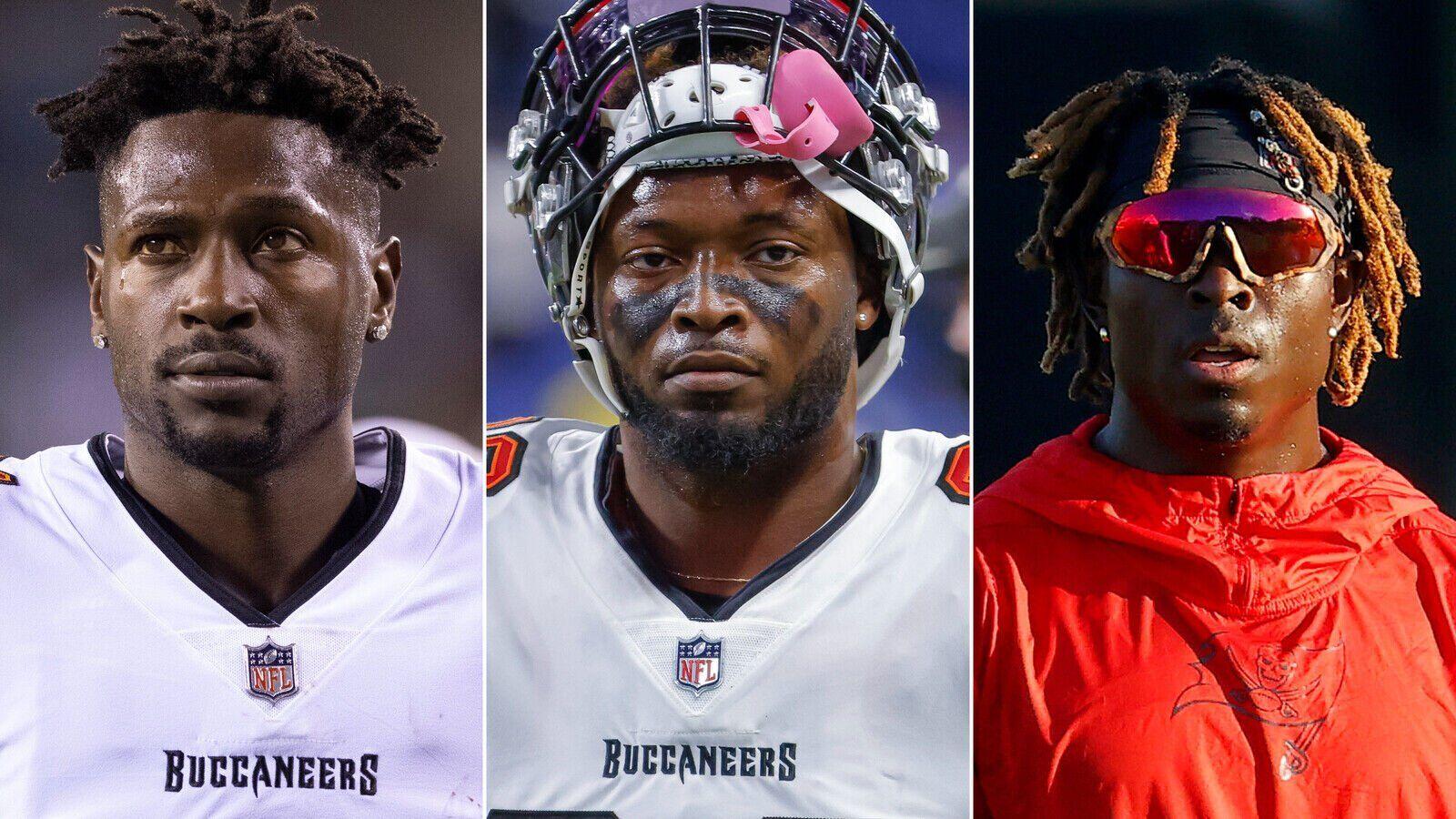 If you are a huge football fan then you must know that its the 102nd season of National Football League (NFL) going on right? Well, if yes, then I am pretty sure you must have read the news that has been spreading like wildfire. Yes, we are talking about the suspension news of Tampa Bay Buccaneers WR Antonio Brown along with backup safety Mike Edwards and free- agent wide receiver, John Franklyn III from the 3 games. If you have no idea about this news then you are at the right post today. Continue reading the article to know about everything that happened.

The league investigated and found out that Antonio Brown had allegedly misrepresentated or faked his vaccination statuses. On November 18, 2021 Brown’s former personal chef claimed that Antonio had obtained COVID-19 vaccine card in summer. Along with Brown, Mike Edwars and John Franklyn III were also suspended for three games each without pay.

If you don’t know who these three players are let me give you a small brief up on them. Antonio Brown, 33 years old has played 14 games combined with Buccaneers and Patriot in the last three seasons. Mike Edwards is a 25 year old American football safter for the Buccaneers. In total he has played 11 games in this season with three starts and 35 tackles. This is Edward’s third season with the Bucs. John Franklyn III is 27 years old who was waived in August by Bucs and has just played one NFL game so far.

We know that Antonio Brown has been trying to get back in the game from that sprained ankle, but this issue go beyond it to the debates and issues surrounding his vaccination card.  Brown had got ankle and knee injury which had kept him out since Week 7 . NFL said that the three players accepted the discipline and turned down their right to appeal. But Sean Burstyn, Brown’s attorney reported that his client is now been vaccinated.

Statements made by NFL- NFLPA

In a joint statement the NFL and the NFLPA said that their top priority was the health and safety of their players and the personnels. They also added that the protocols had been devloped to ensure that they were practicing and playing football as safely as possible during the ongoing pandemic.They also emphasised on the importance of adhering to the protocols to ensure the safety of everyone associated with the NFL.  The NFL had been looking into the report claiming Brown’s fake vaccination card since the last month.

“We are aware of the report and have been in contact with the club,” an NFL spokesperson said. “We will review the matter.” But at that time Burstyn had denied these allegations.

According to the reports, Brown and Edward will be allowed to return to the Buccaneer’s lineup for the team’s game against Carolina Panthers on December 26.

There has been other cases of COVID 19 violation as well. Earlier, the team Green Bay Packers had been fined $300,000 for Covid protocol violation. Even  Quaterback Aaron Rodgers and Allen Lazard were fined $14,650 each as they had attended a Halloween part without being vaccinated. All these cases made Brown’s vaccination status being questioned.

There has been multiple allegations made on Brown in the past years as well.

In January 2020, when Brown was a free agent he was suspended for eight games for multiple violations of the League’s personal- conduct policy. He pleaded no contest to a felony burglary with battery charges. Brown did not face any jail time, but was sentenced two years of probabation and 100 hours of community service as a part of the plea. He also had to attend a 13- week anger management program.

Brown was also accussed on attacking a truck driver outside his house in Hollywood, Florida. One of the other allegations put on Brown was of sexual assault reported by his former trainer Britney Taylor. He adamantly denied the allegations and countersued Taylor. 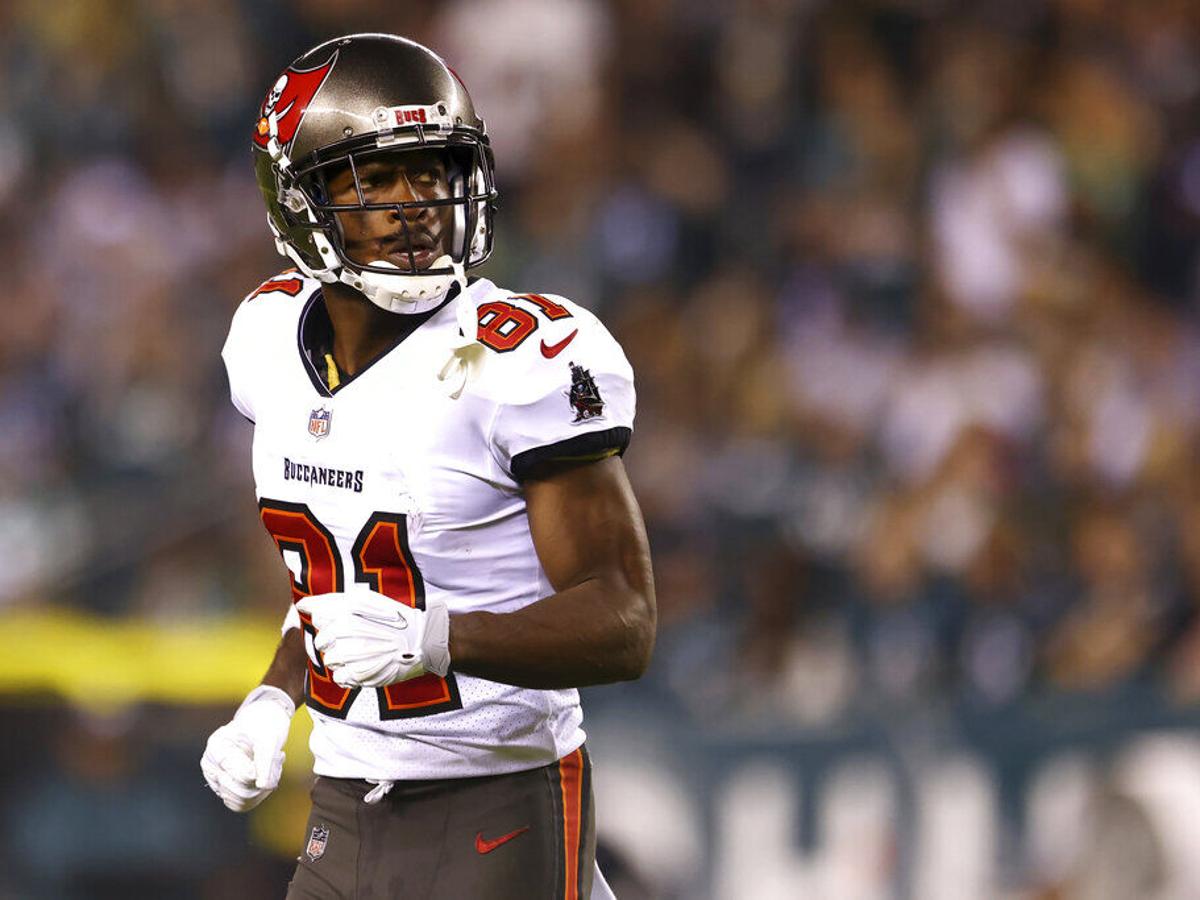 People are furious and enraged on him for faking his vaccination card. It was very foolish and selfish act on his part for not taking the COVID 19 protocol seriously. It could cause serious damge to other players as well. People feel that suspension for 3 games isn’t enough punishment for what Brown, Mike and John did.

What are your reviews in this matter?

A Guide to the Benefits of Window Graphics for Your Business

4 Applications Of Ptfe In Interior Construction

Duke Of Death And His Maid Episode 7: Release Date, Watch Online and Everything You Need To Know

Leadership Qualities That Are Important to Business

Shruti Sharma - March 23, 2021 0
GTA is coming up with new and more fascinating stuff and now it has aliens too, Now you can go for alien hunting in...