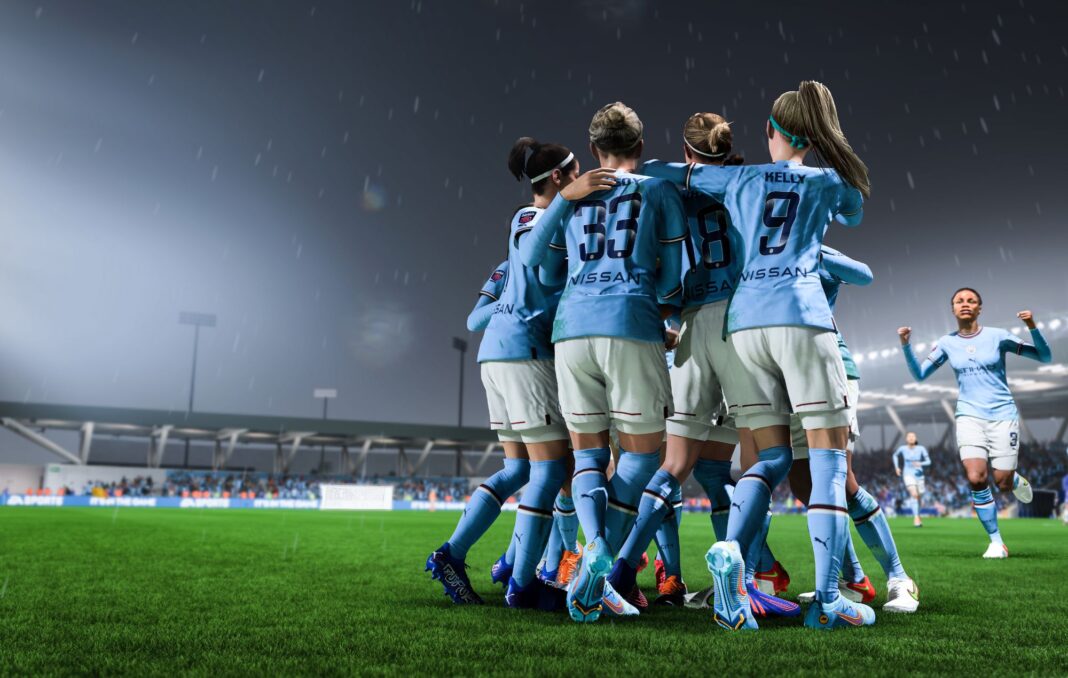 In this 30th edition of the FIFA series, Electronic Arts has developed and published the game. It was released in September 2022 and includes enhanced and updated players.

The game will feature what is being dubbed “HyperMotion2”, a system that uses machine learning to capture and analyze matches from real-life football matches and to create over 6,000 animations that will appear in the game. In Technical Dribbling, the Active Touch system is used to improve a footballer’s path to the ball and the speed at which they turn and dribble more responsively. There have been several improvements, such as improved player logic and progressive movement. FIFA 23 is today’s most realistic football game. Here are all the details we know about this sports simulation game.

Also, EA has announced that since FIFA 23 will be coming to PC for the first time, PC players can join forces with PlayStation 5 and Xbox Series X/S players through crossplay. Regardless of the console your friends use, you can play the game online if you own a next-generation version of any of these consoles. This way, PC players can play one-to-one online matches, including FIFA Ultimate Team matches, with PlayStation 5 and Xbox Series X/S owners.

In addition, FIFA PC players will no longer have to deal with delayed matchmaking. The matchmaking process will be much faster and more convenient. EA has announced the launch of a widget called EA Social to track both the Global Leaderboards and the Local Leaderboards. Players can send and receive friend invitations across multiple platforms and other information, including their cross-platform compatibility and platform.

The Market For FUT Transfers

Due to the significant changes occurring behind the scenes, the FIFA Ultimate Team Transfer Market will also undergo some changes. Teams will be grouped separately, there will be separate transfer markets, and PC users can trade cards. Switch owners will have their own individual transfer markets. To be able to trade cards, they will have to do so with other Switch owners.

In terms of mainstream console owners, they can access a more substantial transfer pool. Every PlayStation 4, PlayStation 5, Xbox One, Xbox Series X/S, and Stadia owner will have access to a large pool of transfer items.

Since FIFA 16 featured women’s teams, the women’s game has seen a meteoric rise in popularity, especially after the Women’s Euros. In FIFA 23, women’s football will be featured for the first time ever. Two leagues will be available to participate in – the Barclay’s Women’s Super League and the French Division 1 Feminine League. Chelsea, Manchester United, and Tottenham Hotspur will be among the teams in these two leagues. There are teams such as Lyon, PSG, and Paris FC in the French Division, among others.

According to EA, the game will be updated in the future with more teams being added.

FIFA 23 Coins, also known as FIFA 23 FUT Coins, are the currency used in the most popular football simulation video game from EA Sports. They are used for the purchase of players, items, and packs for your FIFA Ultimate Team campaign. It is possible to acquire FIFA 23 coins by playing online matches with other players. There are several ways to get FIFA 23 coins. In order to get enough currency to purchase the players you desire, it would take you hundreds of matches.

Fortunately, there is a viable solution to that problem. You can buy FIFA 23 Coins on mmoexp.com, which is much more affordable and provides you with a quicker way of acquiring the currency. Therefore, you can build your dream team much quicker as well as cruise through Ultimate Team mode in a more efficient manner.

There Is A World Cup Mode Available

This year, FIFA is holding the World Cup in Qatar, which will kick off towards the end of November 2022. EA has stated that FIFA 23 will also include a special World Cup mode. It could be more revolutionary, as EA has already included UEFA Euro 2012 and the 2018 World Cup modes. But this time around, things will be a little different. Not only will the upcoming FIFA 23 game have a World Cup mode, but there will also be two.

FIFA’s Career Mode and Manager Mode have been contentious in recent years. While the likes of FIFA 07 had fewer animations and player dynamics, these games featured a surprisingly in-depth Manager Mode. However, recent FIFA entries still need to improve on this front. Manager Mode received some noteworthy changes in FIFA 21, but nothing worth writing about. Player Career Mode was revamped with a skill system and more control over the type of player you could create. While it was a step in the right direction, it needed more power to draw players for more than two or three in-game seasons.

We can see from the trailer that many changes have been made to the game. Let’s take a closer look at the changes in more detail.

The Career Of A Player

It has been decided to revamp the Player Career Mode to be more in line with the NBA 2K series in terms of presentation and storyline. It is worth mentioning that FIFA 23’s Player Career Mode does feature a partial storyline, but plenty of changes are worth mentioning. Your players’ personalities will be based on how they behave on and off the field this time. Based on how your player behaves on the pitch, the algorithm will analyze how your player acts to categorize him into three personality types – Maverick, Heartbeat, or Virtuoso. Each personality type will have a specific set of improvements depending on how your player performs on the pitch.

In Manager Mode, you can build your own club or take your team from the bottom of the league to the top of international club football by taking your club from the depths of the league up to the top. For you to be able to create your dream team, you need to transfer players into and out of your squad. Currently, EA has introduced a Transfer Analysis System that analyzes your player transfers, providing feedback about your success. It will also provide information on how the new player will fit seamlessly into your team. An emotional moment has also been introduced to make the manager’s interaction with the players more authentic in critical moments of your managerial career.

There Is A Brand-New Menu Available

To improve convenience, a revised menu design has been implemented in both Player Career Mode and Manager Mode. Previous FIFA games featured counterintuitive menus that made it difficult to navigate between segments. In FIFA 23, EA claims it has fixed that issue, making it much easier to navigate through menus and elements.

How to Keep Yourself Safe in Sports Betting

What are VCT Champions?

How Do You Keep Data Safe with A Remote Workforce?

The Myths About Compulsive Gambling

rahul panday - August 22, 2022 0
Gambling is a risky activity that involves placing something of value at risk. It requires a great deal of consideration and is based on...