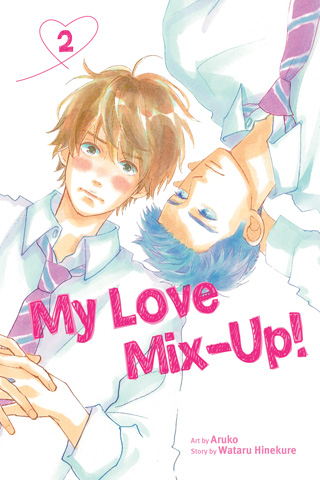 My Love Mix-Up is a quirky, soft budding romance between two “I love you but i am shy” buddies. We all know this manga is LGBTQ+ friendly and fans couldn’t be happier. Let’s dig into the details for Volume 2!!

This Japanese manga series is written by Wataru Hinekure. And it is illustrated by Aruko. The original Japanese version of volume 2 of My Love Mix-Up was published on March 25, 2020. Since, the manga shoot up with recognition Viz Media added this love mix-up to it’s manga list! The English version releases on 4th January 2022 on Viz Media. It started serialization in Bessatsu Margaret in June 2019. You can catch the manga on Viz.com. 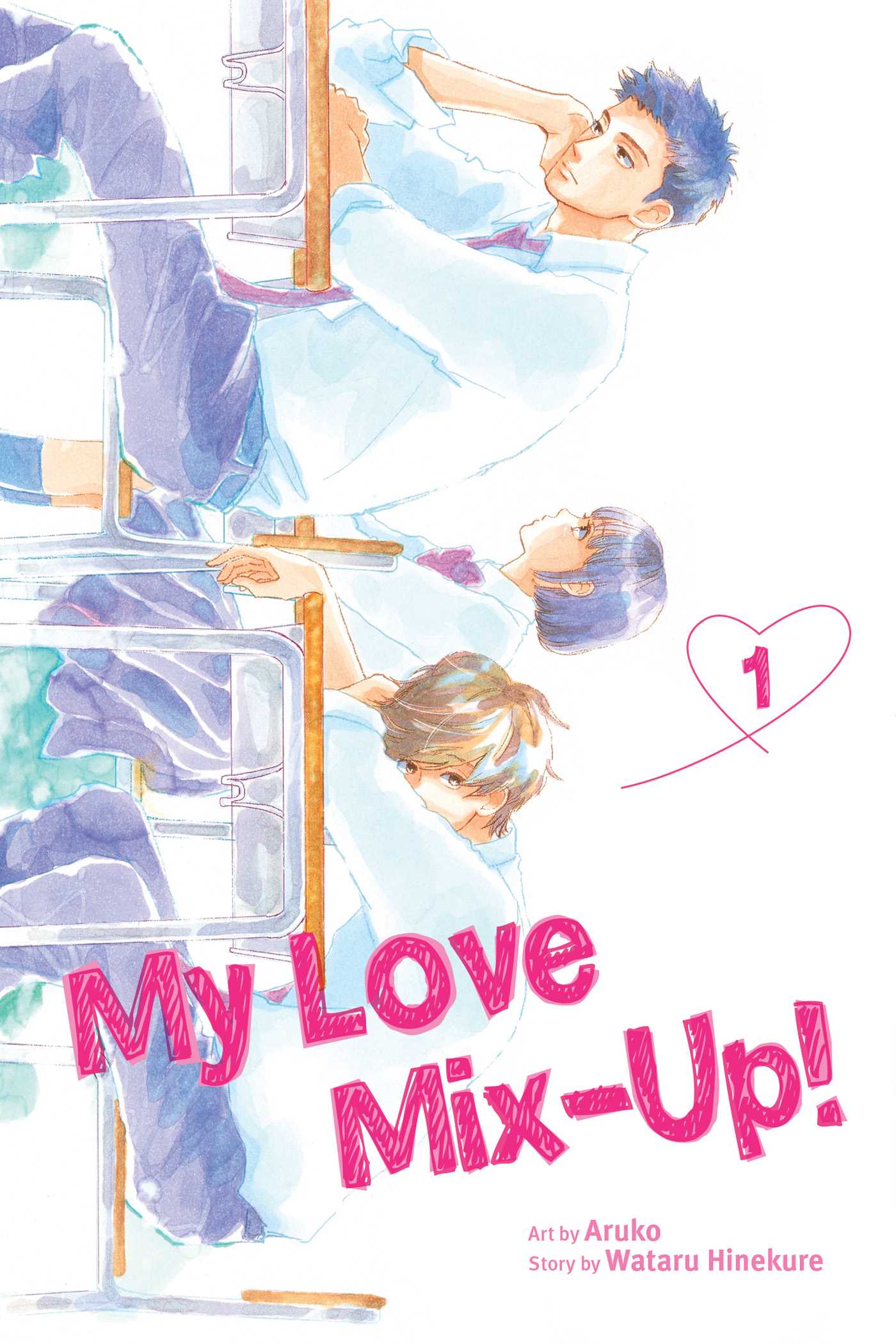 Synopsis of Volume 2 – “Aoki has a crush on Ida, a boy in his class. Hashimoto’s eraser, which caused so much confusion among friends when Aoki borrowed it, is also at fault for making him flunk a quiz! Aoki, Akkun, and Hashimoto meet up at Ida’s for a study session where Aoki and Ida talk about what they are to each other—if they can figure it out?!”.

The volume 1 was originally released on November 25, 2019. And the English version recently illustrated and was published on October 5, 202. Till date, everything has been compiled and divided into seven different volumes in Japanese! It is a light romcom which anyone can enjoy at any time! This manga is good to lighten up your mood as well as explore Queer side more!!

Recently, Viz Media has started the publication and puts out volumes of the manga in English. You can click the link. It will direct you to the site.

My Love Mix-Up Cast and Plot 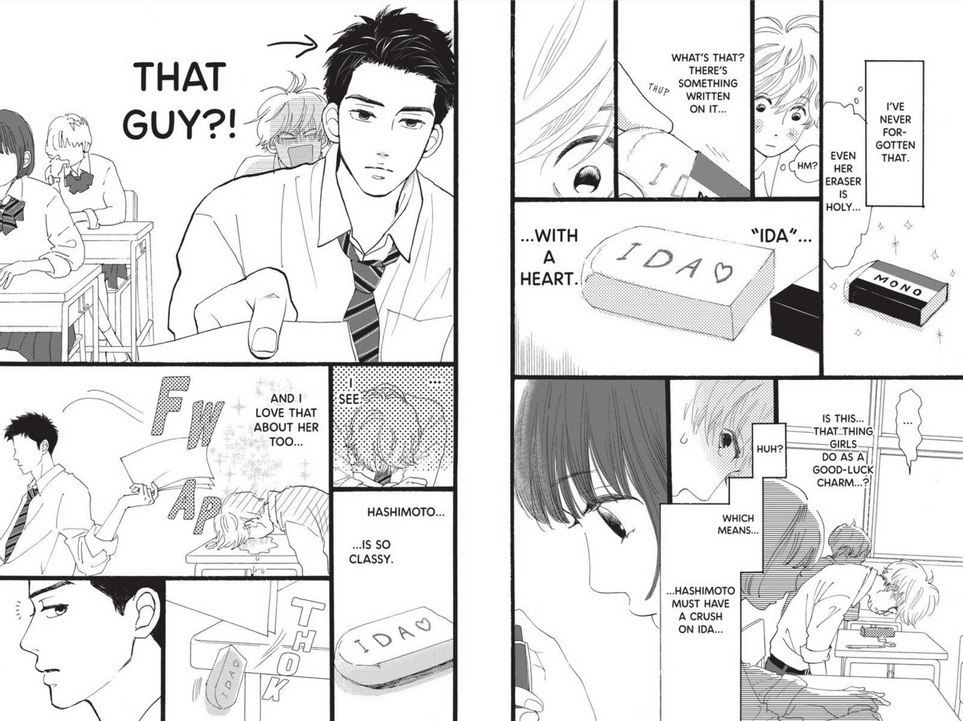 Well, its a silly and breezy love in the air moments for high school students. And now it’s where the reader’s brain gets fuzzy. There is a sweet but yes, light love triangle between 3 classmates. Aoki is in love with Hashimoto. Hashimoto is the girl who sits next to him in class. But then later when he borrows Ida’s eraser, he notices that there is Ida’s name on it. And quickly assumes she’s into him. Ida sees Aoki with the eraser. Uff and then assumes it’s Aoki who’s into him. But in the end we all clearly know that Aoki is into Ida.

Aruko, the artist behind this is probably a shojo expert. He also similarly wrote wholesome shojo romance My Love Story!!. Could things get any better when there is no but purely stereotypical queer depiction. The manga shows light romance between bi as well as gay characters. Making it pure bliss.

Synopsis of My Love Mix-Up Volume 1 – “The Volume 1 released on Aoki has a crush on Hashimoto, the girl in the seat next to him in class. But he despairs when he borrows her eraser and sees she’s written the name of another boy—Ida—on it. To make matters more confusing, Ida sees Aoki holding that very eraser and thinks Aoki has a crush on him!”

Nitrite Sodium Toxicity :- Why is it so popular in the news?

Some Regulation Tips for Your Business Event

What are the rules of Christian online dating

Read About Falcons Week 11 contest vs. New England Patriots: Everything...

Aditi Ranjan - November 19, 2021 0
On Thursday Night Football, the New England Patriots will travel to Mercedes-Benz Stadium to face the Atlanta Falcons in an attempt to make it...