EveDonusFilm
Home Entertainment Is Seabiscuit The Best Horse Racing Movie Of All Time? 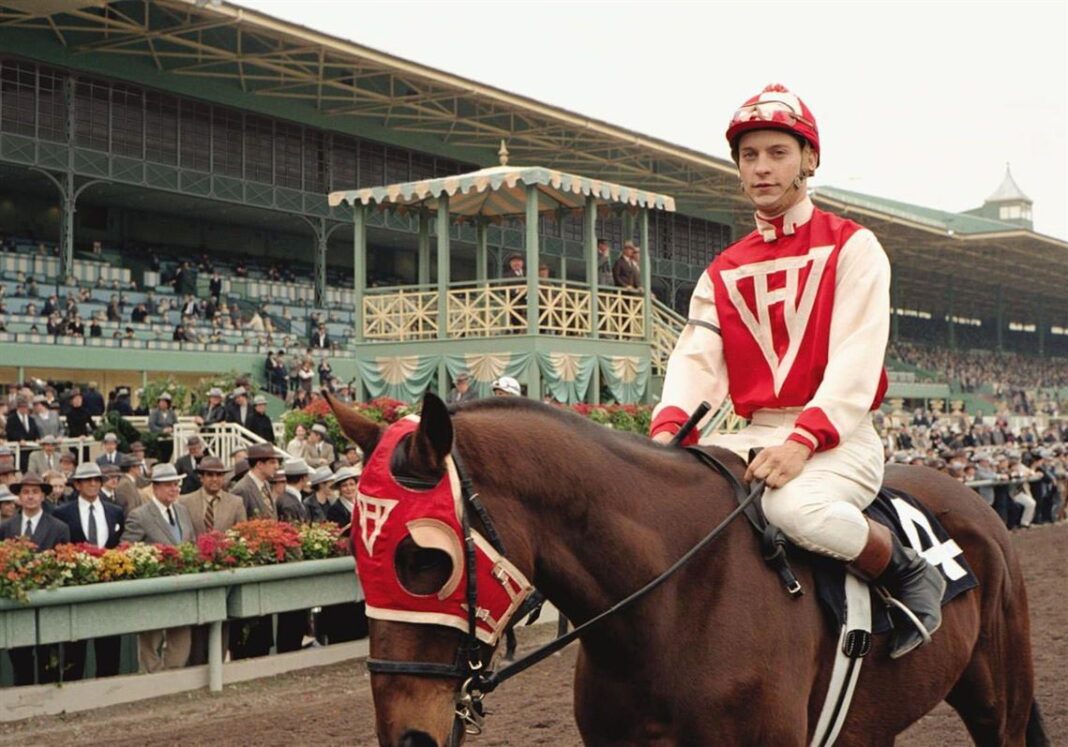 Everybody loves a good underdog story, especially if we are talking about horse racing. Stories where people or animals go against all odds pushed by their passion and belief that the dream can come true can really inspire you to pursue your dreams.

This is where Seabiscuit enters. This movie is based on a best-selling book by Laura Hillenbrand and it is written and directed by Gary Ross.

What is Seabiscuit About?

The legendary story about a small horse that nobody believed can become a champion creates the perfect story that every horse racing enthusiast needs to watch.

Seabiscuit managed to become the most popular horse in history thanks to three men that we’re able to pull themselves up from the bottom and pushed hard until their dream came true. You can read TwinSpires article about Seabiscuit’s horse racing career here.

The first person is Charles Howard (Jeff Bridges) who decides to move to California to pursue his dreams. He opens a bicycle shop and quickly switches to selling automobiles. A few years down the line he managed to build the biggest Buick dealership in the West.

However, a series of unfortunate events that lead to divorce will take away his will to carry on.

This is when he meets a cowboy named Tom Smith (Chris Cooper). Smith is an unusual man gifted with a near-magical way around horses, especially difficult ones. They met at a horse auction and quickly became friends.

A trip to Mexico leads Howard to open a new relationship as he meets Marcela Zabala and they soon marry. After a while, they decide to buy a horse and hire Smith to help them find the right one.

Due to the look in the eyes of the horse, smith finds a small bay colt named Seabiscuit.

Although the horse has an incredible appearance, it is viewed as lazy and slow. The horse loves to eat and sleep peacefully under the threes. However, Smith saw a champion that most people saw as a lazy horse.

After training the horse, the world is surprised by the Seabiscuit’s speed. However, during his early career, Seabiscuit was trained to lose in order to grow the confidence of more promising racehorses. After a couple of races, Seabiscuit faces his biggest rival War Admiral, who he beats in a race at Pimlico.

There are also other very good movies that every horse racing enthusiast should watch.

Other Movies as Good as Seabiscuit

Here we have another story about a legendary horse that entered the history books through his many achievements. This is a high-budget movie by Disney and certainly one of the best movies of all time.

It is an American biographical sports drama showcasing the career of the Secretariat. The Secretariat was a thoroughbred racehorse who set records in one of the biggest races in the world and managed to win the Triple Crown with some distance in 1973.

This is actually a really old movie that dates back to 1983. The movie is about a real-life champion racehorse called Phar Lap who made gamblers really angry by winning 32 out of 35 races.

This was an Australian racehorse that became a horse racing legend with the help of a stable boy Tommy.

Phar Lap captured the hearts of the crowds winning most of the popular local races like the Melbourne Cup and the Australian Derby. He was also sent to Mexico where he managed to set a track record on the Tijuana race track.

The Black Stallion was released in 1979, and quickly became one of the most popular horse racing movies of all time. This is a story about a young boy who is shipwrecked on Remote Island and finds out that there is a wild Arabian stallion to keep him company.

They manage to survive until rescue comes and Alec Ramsey (the boy) falls in love with the horse. Back home The Black Stallion shows incredible speed which is why Alec decides to race him. Despite being injured the Black Stallion wins many races.

Is the PMP exam hard? 

author.Divya - November 18, 2021 0
The World’s Finest Assassin Episode 6 has amassed a huge number of viewers and we can't keep calm about it's next episode's details. What The...