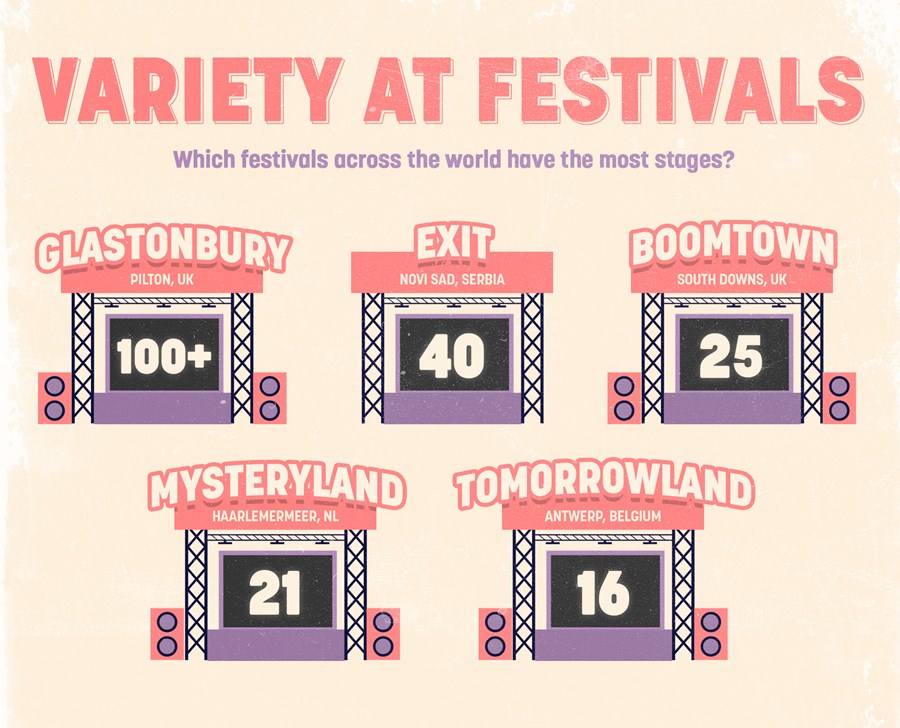 First staged in 1970, the Glastonbury Festival has since established itself as one of the most important entertainment events in the world.

One of the biggest factors that has contributed to Glastonbury’s success is undoubtedly the diverse nature of the line-up assembled by the organisers each year.

With unknown acts, up-and-coming stars and headliners performing across more than 100 stages, there is something to suit every taste at Glastonbury.

Given its longevity, Glastonbury has unsurprisingly produced many memorable moments over the past 52 years. Here are some of our favourites.

Sheeran was an undiscovered 19-year-old when he was booked to play the Croissant Neuf field at Glastonbury in 2011.

In a recent interview with Betway, organiser Sally Howell described Sheeran’s performance as ‘amazing’ and one of the most memorable she had ever witnessed.

Sheeran returned the following year to launch ‘A Team’ on the same stage and subsequently went on to become one of the biggest music acts in the world.

With the Stone Roses forced to pull out of their headline set on the Pyramid Stage in 1995, a window of opportunity presented itself for another band to step in.

Very few people in the crowd had any idea who was replacing them until the moment Pulp frontman Jarvis Cocker swaggered onto the stage.

What followed next was around an hour of magnificent Britpop that went down a storm with the audience and fired Pulp into another stratosphere.

Anyone under the misapprehension that punk pioneer Smith was over the hill were given a huge wake-up call when she blew the roof off the Pyramid Stage.

Smith hammered her guitar as if her life depended on it while ripping through classics such as Gloria, Land and My Generation by The Who.

She even welcomed the Dalai Lama on stage to present him with a birthday cake. As iconic Glastonbury moments go, this was right up there.

The Killers are now famed for headlining festivals around the world, but back in 2004 they were still honing their craft on the live circuit.

On the back of the successful release of debut album Hot Fuss, The Killers delivered a spellbinding performance to wow fans in the New Tent.

They have performed several Glastonbury sets since their debut, with their 2019 appearance widely rated as one of the best headline performances of all time.

Muse’s 2004 headline set on the Pyramid Stage was voted as the best ever Glastonbury performance by NME readers a few years later.

Many people had questioned the decision to have the Devon trio as headliners, but they silenced the doubters with a truly mind-blowing set.

Tragedy struck shortly after the gig as drummer Dom Howard‘s father, who had been watching his son’s band, suffered a heart attack and died later the same night.

SEO Ranking and the Factors That Affect!

Flo Og Strain Review: The Best Place to Buy Cannabis in the USA

Curated Black Armory Weapons Everything You Need To Know

Harshita Bhardwaj - October 12, 2021 0
MHA Vigilantes Chapter 112 is going to be released soon. Go through the article to know the full details. The first scene of MHA Vigilantes...