EveDonusFilm
Home Entertainment All 12 Marvel Movies Coming Up After Spider-Man-No Way Home |When and... 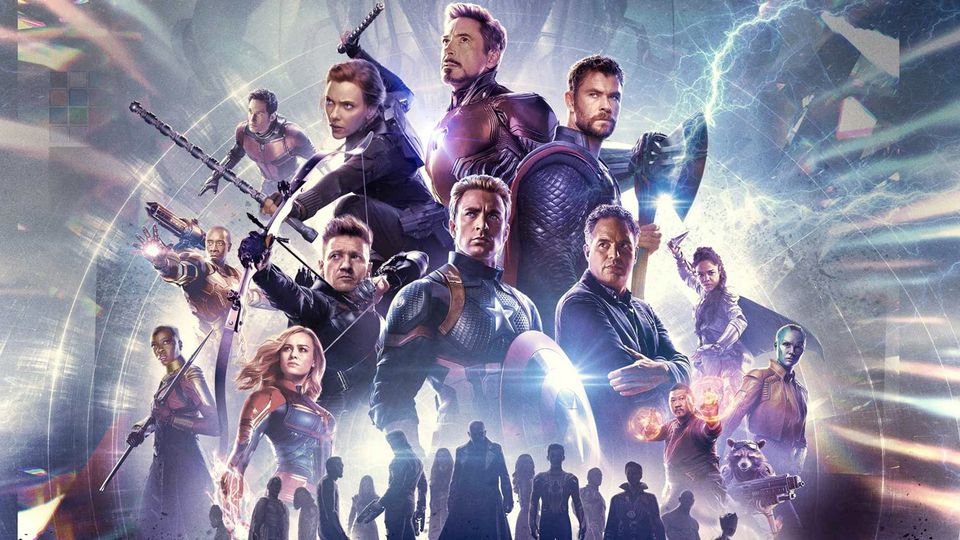 All 12 Marvel Movies that might bless the audience with so much more visuals and story arcs!! Black Widow, Loki, Shang-chi and the legend of ten rings,, Eternals, Hawkeye, Spider-Man: No Way Out has already set the fire going for Phase 4. With Phase 3 ending and few movies including Spider-Man: No Way Home releasing, there’s ‘eternal’ space remaining for more movies to come out! Let’s quickly dig in and mark the movies soon to be coming out!!

Here’s the latest trailer for Dr. Strange in the Multiverse Of Madness.

1) Doctor Strange In The Multiverse Of Madness

Doctor Strange In The Multiverse Of Madness will probably be the next in line for this chain of blockbuster movies. Scott Derrickson directs and co-writes the show. After a number of postpones, the official release date currently is 6th May 2022. Dr. Strang, that is without any doubt, Benedict Cumberbatch will be back to the scnreens. We will also see Elizabeth Olsen’s Scarlet Witch, Rachel McAdams as Dr. Christine Palmer, Xochitl Gomez as America Chavez and Shuma Gorath as Doctor Strange’s nemesis. And Benedict Wong will be back as Wong, Dr. Strange’s trustworthy and an excellent resting-face sorcerer.

When it comes to the plot, it will be continuing Strange’s life after The Endgame. Dr. Stephen Strange continues his research on the Time Stone. Since, an avenger’s life can rarely be calm. This hero encounters an old friend turned enemy. As a result, he ends up allegedly “unleashing an unspeakable evil”. When it comes to villain, Mordo can be the main antagonist because of the post-credits scene in No Way Home saw him turn on Strange for meddling with natural law and claimed the planet had “too many sorcerers”. But Nightmare. Ruler of the “Dream Dimension”, might be the villain as well.

Thor: Love And Thunder – Everything about the name, plot, cast screams an universal blast! This movie is set to release on July 8, 2022. It will be a sequel to Thor, Thor: The Dark World, Thor: Ragnarok, and Avengers: Endgame. Taika Waititi is BACK! Him and Jennifer Kaytin are both co-scriptwriters and directs this movie!

Plot: At the end of Endgame, we saw Valkyrie takes the role as the ruler of New Asgard. Since, Odinson loses the ability to lift Mjolnir, Jane Foster takes on the role as the Goddess of Thor. At the same time, she battles cancer in her human hours. As for the villain, Christian Bale becomes Gorr the God Butcher. The title suggests kindles as well as rekindling of many love stories!!

Here’s a quite powerful line regarding Valkyrie regarding love and thunder: “She’s king. If she can’t find her queen, she’ll just be king and queen at the same time,” Thompson said during an interview with ET.

Black Panther: Wakanda Forever will be releasing on 11 November 2022. When it comes about the plot, we will see the kingdom of Wakanda up against the inhabitants of the Lost City of Atlantis. Namor the Sub-Mariner and Narcos: Mexico Tenoch Huerta debuts with the quest to procure the vibranium – a resource only available in Wakanda.

PS. Dora Milaje warrior Okoye and the army will have a Disney+ series about Wakanda’s all-female army. 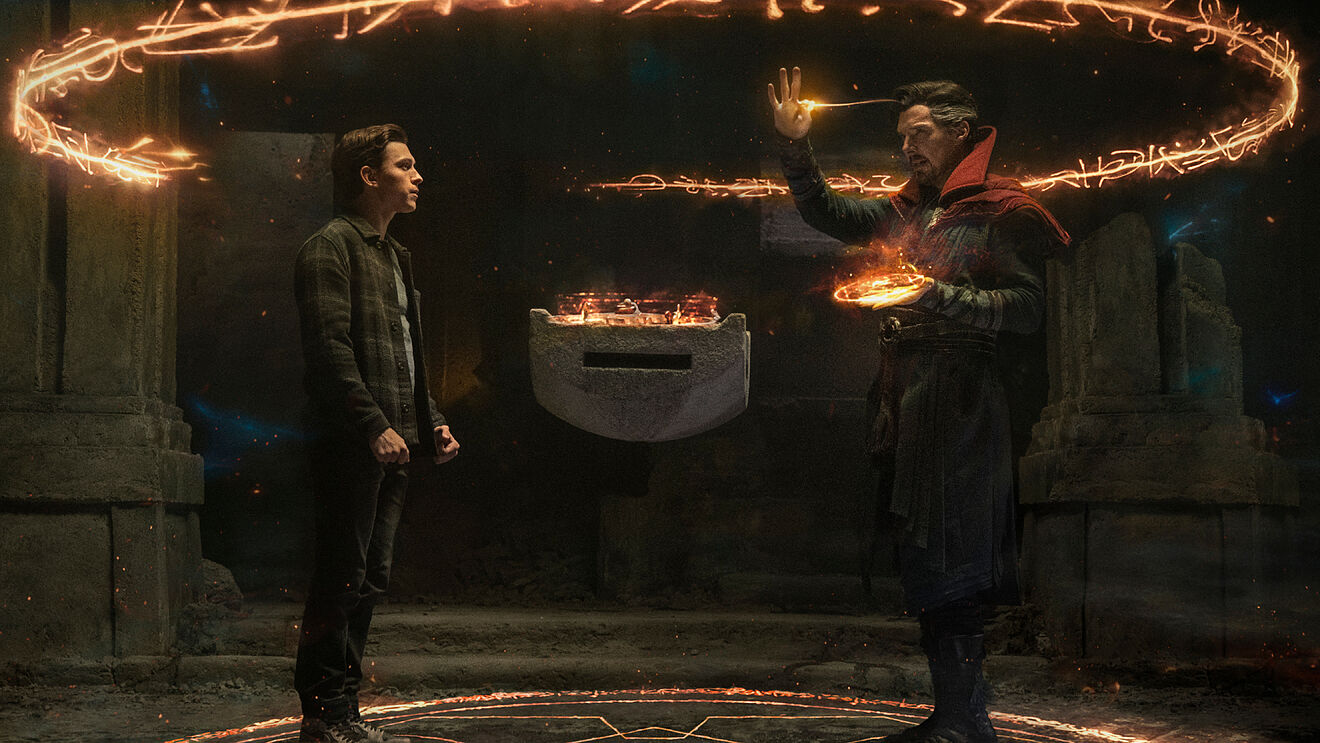 A sequel to Captain Marvel called Marvels will be releasing on February 17, 2023. Iman Vellani will introduce her character Kamala Khan in her centric series called Ms. Marvel on MCU Disney+. The plot will revolve around a teenager’s superhero origin story. And will introduce the MCU’s first Muslim superhero!!!  There has been no confirmed date till now but the series is expected to air in early to mid 2022.

5) Guardians Of The Galaxy HOLIDAY SPECIAL 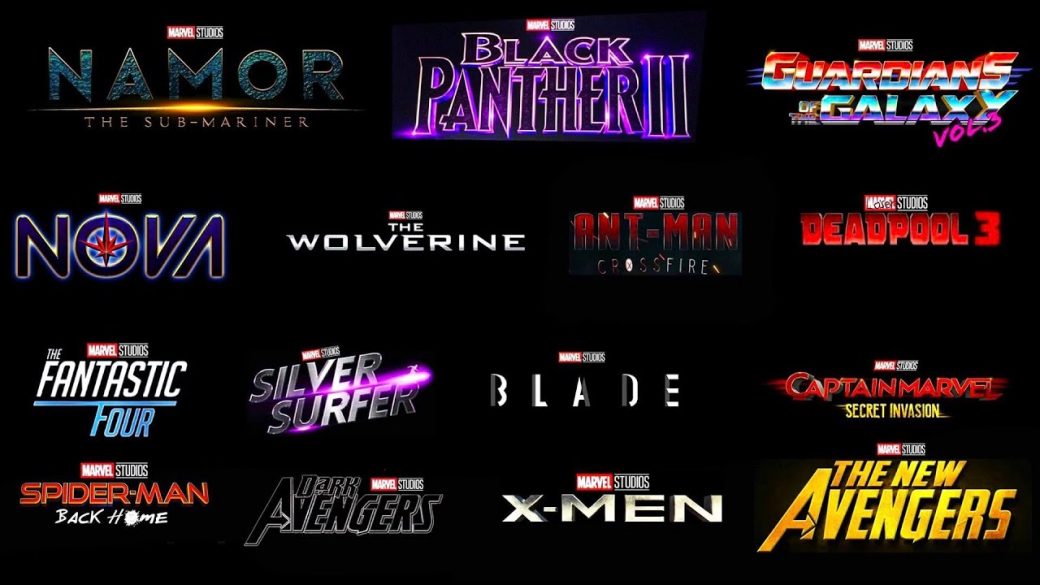 6) Ant-Man And The Wasp: Quantumania

Ant-Man And The Wasp: Quantumania is set releases worldwide on. Now for the main plot, it will revolve around the scenario that Hank Pym has discovered a way to save the original Wasp. But, Ghost and Yellowjacket arrives to mess up their plans. It is now all up to Ant-Man and The Wasp to save her in time. And the seed for this show was already planted in LOKI. The character’s invasion of the MCU was put in motion by the events of the Loki season 1 finale. This Movie will be releasing on 28 July 2023.

MCU has confirmed that Fantastic 4 is officially under works! Since the plan has been recently, the plot, castings, villains, and many of the basic facts are still under wraps. As about the villains, Doctor Doom, Galactus, Super Skrull, Mole Man or a different character altogether. Jon Watts will be the directing it. When it comes to the releasing, late 2023 and early 2024 seems like a right about a time for this film to finally happen!

Eternals post-credits scene set in stone the works for this movie! Bassam Tariq will be the one directing it when the production starts in 2022. Stacy Osei-Kuffour; Bassam Tariq are the current brains behind the script at this moment. The movie will be based on the character Blade comic character. As far as we know he is striving to be a perfect vampire hunter and dominating the vampire world. And he is also the half-brother of Darren Cross and the father of Fallon Grey. Since the production starts in 2022, we can expect it to release mid 2023 or early 2024!

Yes! It is still a thing and will come under the umbrella of 12 Marvel Movies after No Way Home! At this moment, everything is still under much wraps. And yet it is said to be under works in MCU. So far we know that X-Force will be playing a comedic as well as an important role. As a result, all this makes Mr. Sinister a better suited villain for this movie. With very less updates and the main cast being involved in many projects, we can expects delays and hope it airs mid 2022 or early 2023.

Destin Daniel Cretton is back on board and will be directing A sequel to Shang-Chi and the Legend of the Ten Rings. With the ending of Ten RIngs, we get a hint that Dr. Strange might have a cameo in this Kung-Fu direction. Also his sister has taken over the Mandarin’s empire. And also to remember that the Ten Rings turned out to be a beacon that was detected by a mysterious entity. Will every details like production, castings, story, visuals is still underway. We can expect the production to start in late 2022. As a result the movie can release in late 2023 or 2024.

Mutants coming to MCU cannot be stopped by anyone. Every movie of the “12 Marvel Movies” is full of diversity and news! Beast, Wolverine, Cyclops, Magneto might be coming soon to this universe. Wanda and QuickSilver already made their debuts. This all paves a path for other mutants! There’s news that X-Men will join hands with MCU and make their debut soon enough.

More possible films to include in your list after all 12 Marvel movies listed here!

Everything About ‘My Life is Murder Season 2 Episode 7’: Release Date And Where To Watch It?

How Did El Her Lose Powers Will Eleven get back her powers in Season 4?

Confirmed!! The World’s Finest Assassin Gets Reincarnated In Another World As An Aristocrat Release Date

Eesha tolety - October 10, 2021 0
Batwoman Season 3 Episode 1 is set to premiere soon. Even though we feel like season 2 ended just weeks ago. We are being...