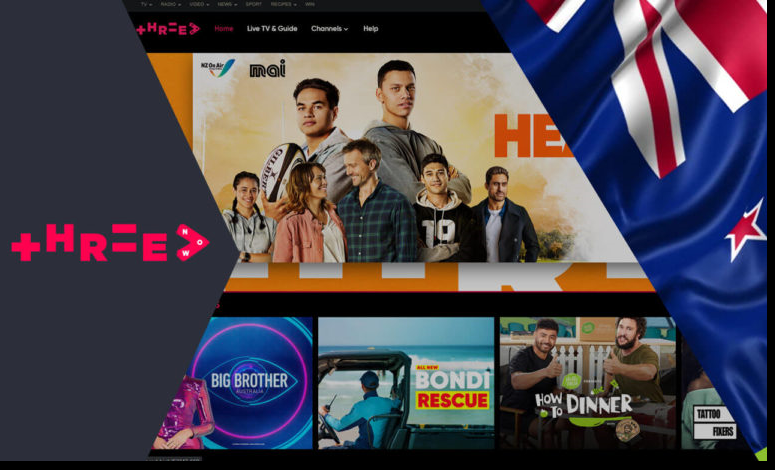 The streaming service only has a license to its content in New Zealand. In addition, the company is also bound by international content regulation laws.

It is a bummer because the restrictions apply to everyone, including Kiwis living or working abroad. In addition, you’ll receive an error message if you try to access ThreeNow outside New Zealand.

Geo-restriction blocks access to internet content based on the user’s physical location. Geo-blocking is a common practice used by streaming services such as ThreeNow to safeguard licensing deals. For example, the process ensures you can only stream ThreeNow in NZ.

Why ThreeNow Is Using Geo-restrictions

As annoying as geo-restrictions are, they are necessary, and there is a reason behind them. The main one is profitability, which makes sense because streaming services are companies aiming to make a profit. Here are the main reasons ThreeNow uses geo-restrictions:

ThreeNow and other streaming services license the content offered on its platform. These licenses dictate where the streaming platform broadcasts the content.

Most content ownership rights may be territorial or exclusive depending on various factors such as filming and production. These licenses allow broadcasting certain content in a particular country or region and stop ThreeNow from offering the same content in another location.

The licenses and agreements differ from region to region, and some allow the content to be modified or offered on a limited time basis. Three Now uses geo-restrictions to avoid going against the licenses or violating the copyrights.

Why doesn’t ThreeNow purchase the licenses for its programming to air the content in a particular region? The main reason is shows and movies vary in popularity for various reasons.

Therefore, it does not make sense for ThreeNow to purchase a license in a country where the streaming service doesn’t have a sizeable audience or where the content isn’t popular.

In addition, specific local programming is unique to a particular region and might not connect with an audience in another country. In other words, most content on ThreeNow is tailor-made for a New Zealand audience.

However, localization and demand forecast blocks Kiwis living abroad even though they resonate with the content.

Streaming services like ThreeNow are businesses that try as much as possible to make profits which is why they take strategic planning for their content.

For example, movies are released worldwide to make the most of local promotional campaigns. Production companies work with local ad agencies to grow a film’s publicity in a particular region.

Movies have a 90-day run in theatres before they’re released on streaming services. So, for example, a movie that’s in theatres in New Zealand will be made available on ThreeNow, before it’s released anywhere else.

Therefore, ThreeNow uses geo-restrictions to stop people from accessing the movie if it’s still going through the theatrical run in another country.

ThreeNow and other streaming services use geo-restrictions to control pricing. The company signs lucrative licensing agreements, and ThreeNow uses strategy to prevent streamers from signing up in a country where a service is cheaper.

Sometimes, governments block certain movies and shows from a particular region if they don’t align with its principles or the views of its people. Sometimes, the streaming services feel obliged to block a specific region to protect the people from going against their government’s wishes.

ThreeNow uses a geo-location service that detects New Zealand IP addresses to only offer content in that region.

Your streaming device is assigned a unique IP address when registering with an ISP. This IP address has information on your location, and streaming services like ThreeNow use this information to decide whether to allow or block you.

So, if you try to access ThreeNow from an IP outside New Zealand, they’ll deny the request.

Streaming services, like ThreeNow, use a sophisticated system that blocks known VPNs. However, this system only identifies IP addresses from free or low-quality VPN service providers. Also, check out the common VPN mistakes you should avoid.

Streamers accessing the ThreeNow platform using the same VPN provider have IP addresses with the same range. It triggers the ThreeNow system to identify VPN use and block the IP range.

The ThreeNow app uses the Google DNS technique on its streaming app to force Google DNS lookup on every device. This information gives away a user’s location and blocks those accessing the platform outside New Zealand.

ThreeNow uses a DNS blocker that makes your device ping another domain, and if a different IP shows up, the system detects the use of a VPN.

Internet communication occurs through various internet protocols like IPv4 and IPv6. Initially, VPNs used IPv4 to change one’s geo-location but can also do so with IPv6 through tunneling. That’s why ThreeNow bans IPv6 tunnels, which can be used to switch the geo-location to access restricted sites.

How to Bypass ThreeNow Geo-Restrictions

ThreeNow has managed to crack down on most VPNs using the methods mentioned above, and that’s why you need a quality VPN that bypasses geo-restrictions.

A premium VPN replaces your real IP with one from the location of your choice, in this case, New Zealand. The VPN also adds measures to improve your privacy and security to avoid detection.

What should you consider before you opt for Aquaguard services?

How To Buy Gift Cards With Crypto? Check BuySellVouchers Marketplace

Cheritz Mystic Messenger : Chat Times and Everything You Need To Know!!

The Ultimate Guide on the Art of Gifting Employees – Corporate Gifting

What Are Cricket Betting Strategies and How Do They Work?

The Zlibrary: How Does Zlibrary Bot Work?