Kaiju No. 8 Chapter 51 Everything You Need To Know

If you are a huge fan of the manga series, Kaiju No. 8, then we have brought to you a very good news! Kaiju No. 8, written and illustrated by Naoya Matsumoto is all set to release its 51 st chapter for which fans have been waiting so eagerly. It is a Japanese manga series which include monsters, defence forces etc. If you want to get all the latest upadates about Kaiju No. 8 Chapter 51: release date, spoiler , etc, then continue reading the article below.

Watch the review of Kaiju No. 8 Chapter 50 review.

Kaiju No. 8 Chapter 50  finally came out on 25th of November, 2021. It shocked the fans as it brought yet another unexpected twist in the story. This chapter continues with the fight between Isao Shinomiya and Kaiju No. 9. Isao just doesn’t seem to give up. He is an ultimate unit, putting out everything that he can in order to protect his family, his division unit and the rest of the world. In this chapter we can clearly see how powerful of a beast he is who doesn’t even care if he loses his life in the battle.

In the sarting of the chapter we see Gen Narumi rushing back to his headquaters. Meanwhile, one of the scientist whom Isao had saved decided to stay back with him during the fight. When Isao asked him to leave he didn’t saying that it was his duty to protect Isao and help him defeat Kaiju No. 9. 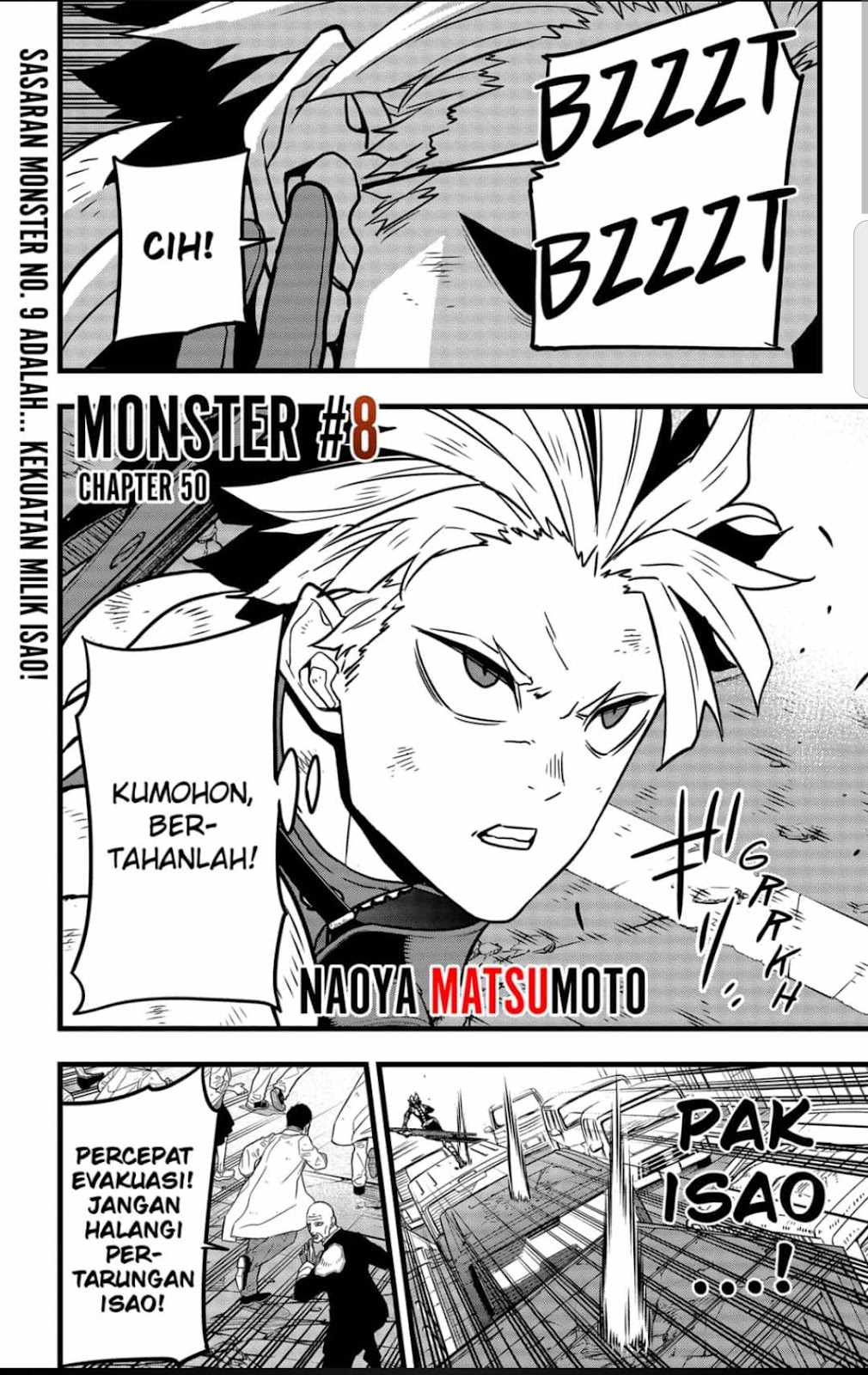 While we see Isao full charging up, the scientist realizes that the full power release of Kaiju weapon can put a lot of strain and pressure on its user, shortening his lifespan. But in return , the amount of power they will receive is going to be equal with tat of Kaiju in human form.

With his power being all charged up , Isao goes up against Kaiju No. 9. Though, Isao’s attacks were powerful but they were overpowered by Kaiju No. 9’s strength. Kaiju No. 9 commented that the strength and the power of the weapon was his to gain. Isaocounterattacked the monster which shattered kaiju’s head. But soon the Kaiju started his regeneration ability and attacked Isao .

At the end of the chapter we see Isao launching the final and all- out punch on the monster and then the scene ends. We didn’t get to see if the kaiju dies or will he rise again. 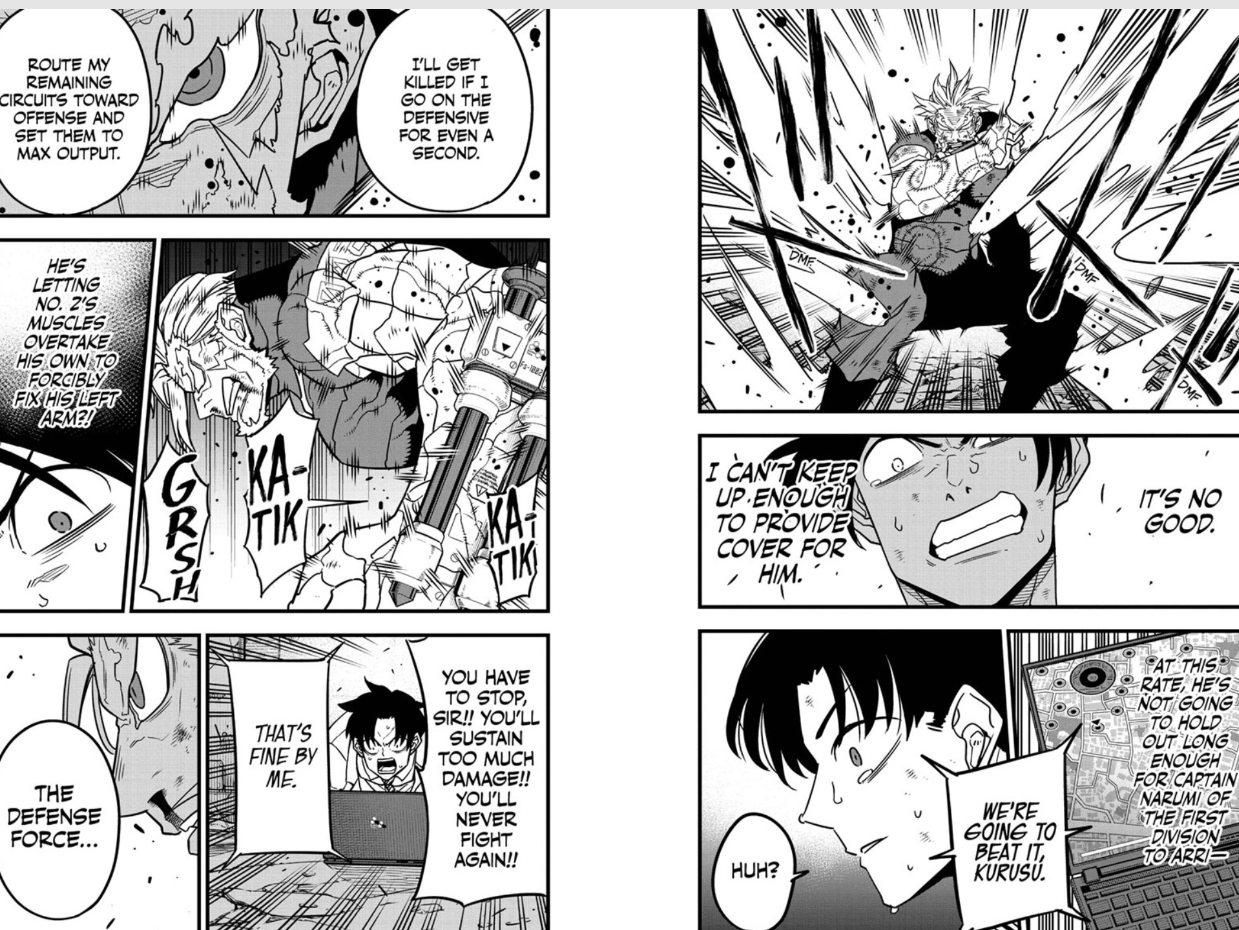 After leaving all the fans on cliffhanger Kaiju No. 8 series is all set to come out on December 2, 2021. This chapter will also include a lot of unexpected twists and turns. Though there are no official spoilers but we expect to see about what will be the outcome of Kaiju No. 9 and Isao’s fight.

If you are interested in reading Kaiju No. 8 Chapter 51 you can do it through the official website of VIZ Media and Shueisha’s Mangaplus free of charge. 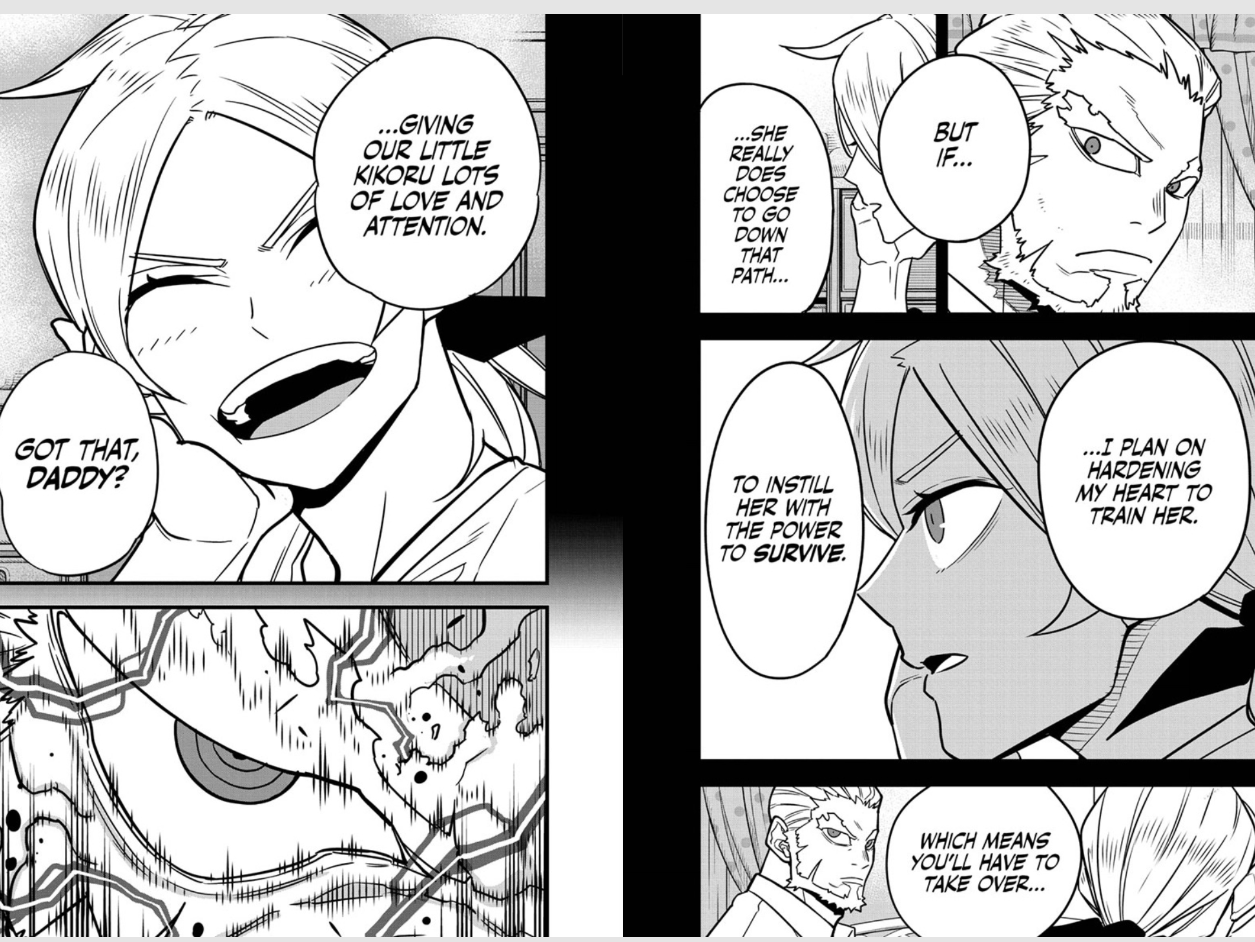