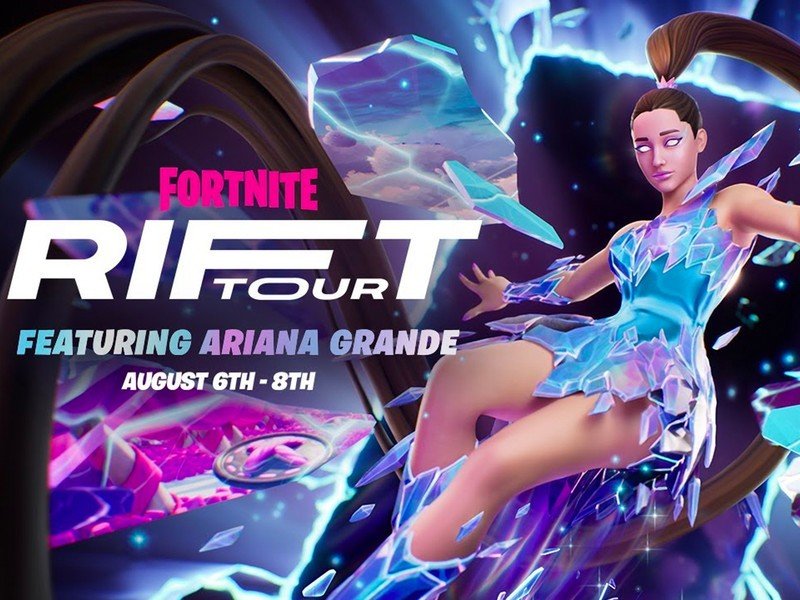 One of the most popular online game, Fortnite showcased it’s latest event which is ‘The Rift Tour‘. As the event kicked off with a huge hype, it also created a lot of troubles for some users. What is Fortnite’s latest event ‘The Rift Tour’?

Fortnite has always been a major hub for all kind of big events and collaborations. This time also it came up with ‘The Rift Tour’ which has been referred to as one of the biggest event in the history of Fortnite. This event had a major hype because of the presence of the superstar Ariana Grande. You could have predicted the grandness of this epic virtual concert if you were a witness to Travis Scott’s ‘Astronomical’. According to the Fortnite Rift Tour Official description, players will “take a musical journey into magical new realities where Fortnite and a record-breaking superstar collide.” This virtual concert took place five times live in the span of three days, beginning from 6th August to 8th August. The Fortnite community experienced this major event according to the following scheduled concert time:

Did Fortnite Server Turned Down After The Rift Tour? As expected, while some of the gamers were witnessing this major event, some were experiencing the unfortunate “You don’t have permission to play Fortnite“. According to Down Detector, the Fortnite experienced a huge server outage. Eventually, the number of outages skyrocketed massively at the end of the Rift Tour with Ariana Grande.

Many gamers were frustrated because of the issue but still, the event was worth the trade for the Ariana Grande fans and Fortnite players alike. The event was also successful because of the several teases of the rest of the season and the next map change.