You Are My Glory Episode 17: Release date, Spoiler and Latest Update

You are My Glory episode 17 is one of the most awaited C-drama episode because of its popular cast of Yang Yang and Dilraba dilmurat.  All the fans are waiting for new episodes with at most curiosity. The chemistry between the actors is unbelievable. Because of the amazing acting and indulging plot captivates more watchers to this romance drama.

it is adapted from a web novel ” You’re My Glory(你是我的荣耀) ” by Gu Man. Gu Man is a famous screenwriter. He worked on dramas such as Love020 and Boss&Me.

You are My Glory: Plot

The plot revolves around an aerospace engineer “Yu Tu” and the shining star “Qiao Jingjing”. Qiao Jingjing to save her endorsement decides to start gaming which brings her in contact with her old crush. She has to keep up with her all-arounder image with all the pros and cons. Unfortunately, there is a video leaked of her playing an online game and being terrible at the game. This stirs up many controversies, to withhold her image of a game’s ambassador, she decides to join a game competition. With which she can withhold her image and also endorsement. 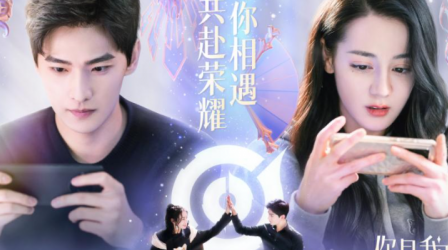 The process of improving her gaming skills reconnects her with an old crush Yu Tu from high school. Yu Tu was considered a prodigy in his school, he was marvelous in everything he does. Yu Tu has seemed to have become an aerospace engineer who is also an expert in gaming. Online games bring them together for them to have their feeling unfold for each other.

You are My Glory Episode 17: Where and When

You can watch these episodes on WeTv with the VIP subscription and also on iflix with a subscription.