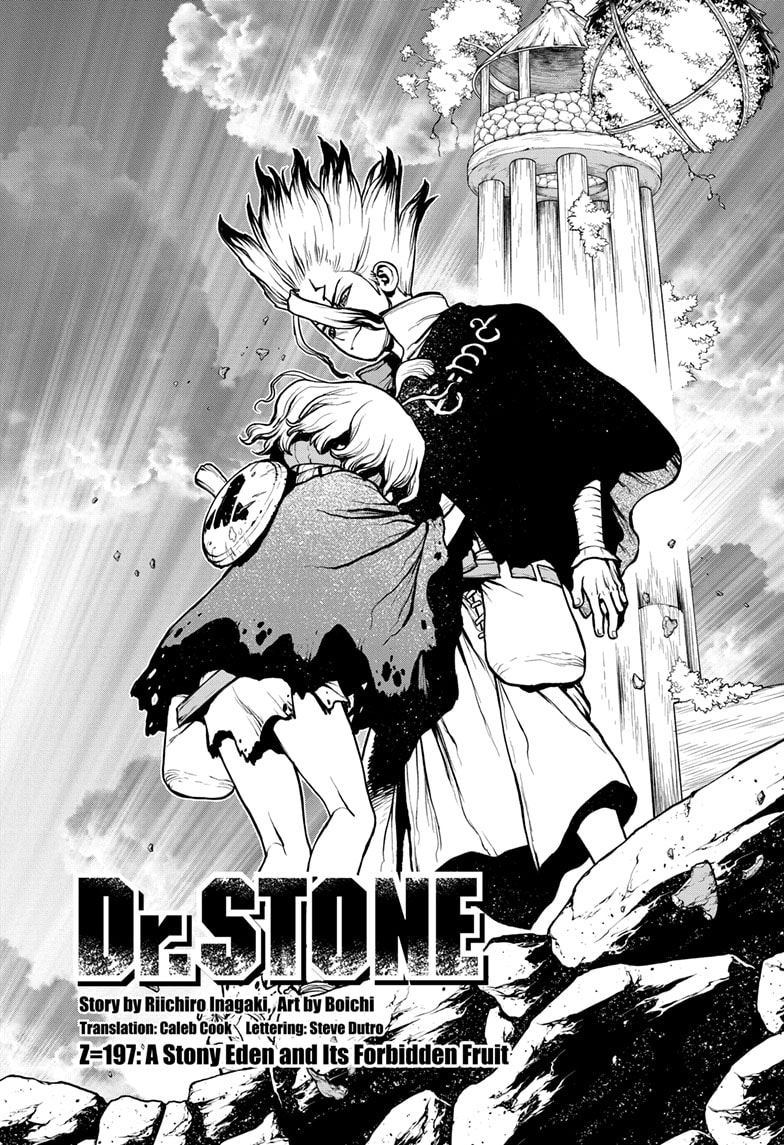 Anime shows are growing in demand day by day and leaving a mesmerizing effect on viewers. Dr. Stone is among the list of popular Japanese Manga series penned by Riichiro Inagaki and illustrated by a south Korean artist Boichi. The story follows a youth genius scientist Senku Ishigami, who plans to reconstruct the civilization after observing humanity being horrified for 3,700 years.

Dr. Stone Chapter 205 is titled “The Universe Is Made Up Of 0 And 1” is already released on Sunday, July 18, 2021. The audience can Read manga on VIZ media and Shueisha’s Manga for absolutely no cost.

Senku decides India as their next destination after Ryusui recounts to achieve Math power for the success of the moon mission. Francois discusses Nanami Corp, founder of a university that cultivates human resources in India, and hoped to meet with Sai. Although Senku was mysterious about Sai, Chelsea clarifies that Sai was a brilliant mathematician whose intelligence was million times of an average person. 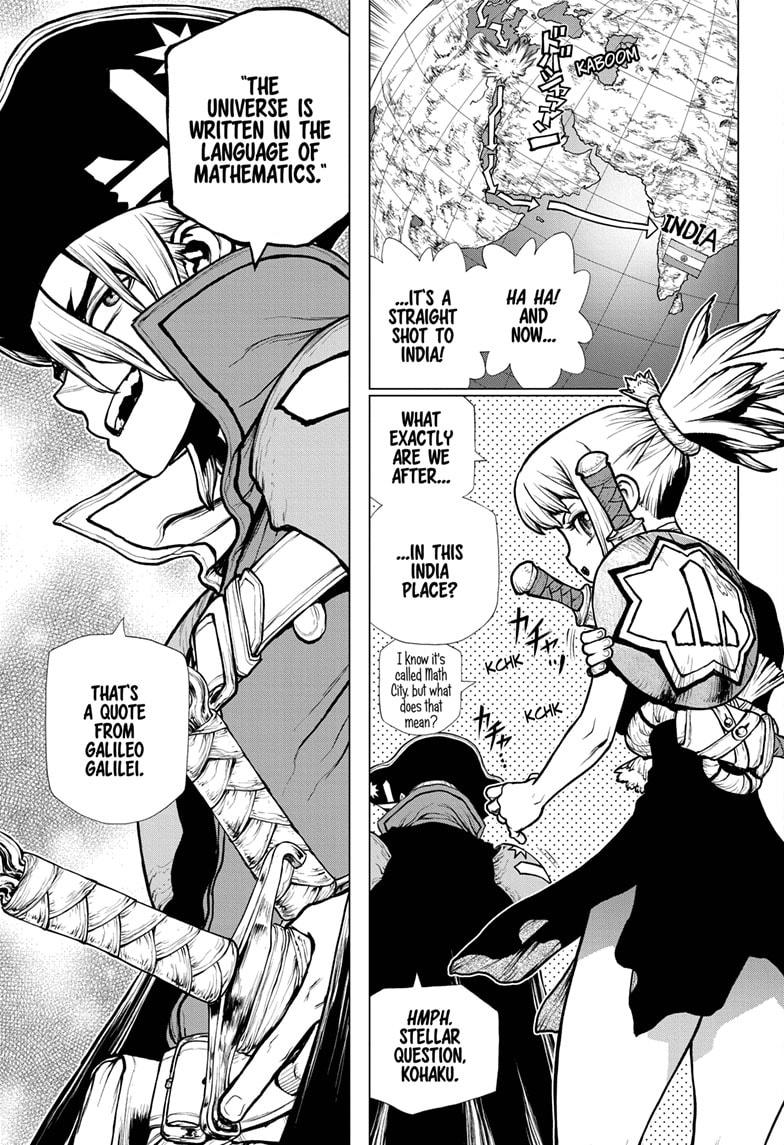 The science group enjoyed discussing India while they reached there. The crew appreciated eating delicious curry and especially Gen was enthralled by the food and spices that the country offers. They took the shortcut from Suez Canal which personally made things easier for them and managed to finally meet the one they were looking for.

The chapter starts with the backstory of Ryusui and Sai. Ryusui adored Sai and wanted to become just like him because of his genius capabilities and From childhood Sai was capable to solve complex arithmetic equations. Later, he got obsessed with games and grew to become a programmer, but it was the unfortunate fact that there were no computers in the stone age.

The computer was indeed required to determine the spaceship’s trajectory to continue the moon mission. Senku was familiar with the fact that building a spaceship was a tricky business but assembling a computer from scratch was even more challenging.

Even though it is hard to create one but now the team has Sai on board. With the brain of a supercomputer, possibilities will itself open for Senku and the team.The audience can expect a good amount of entertainment and adventure in upcoming chapters.