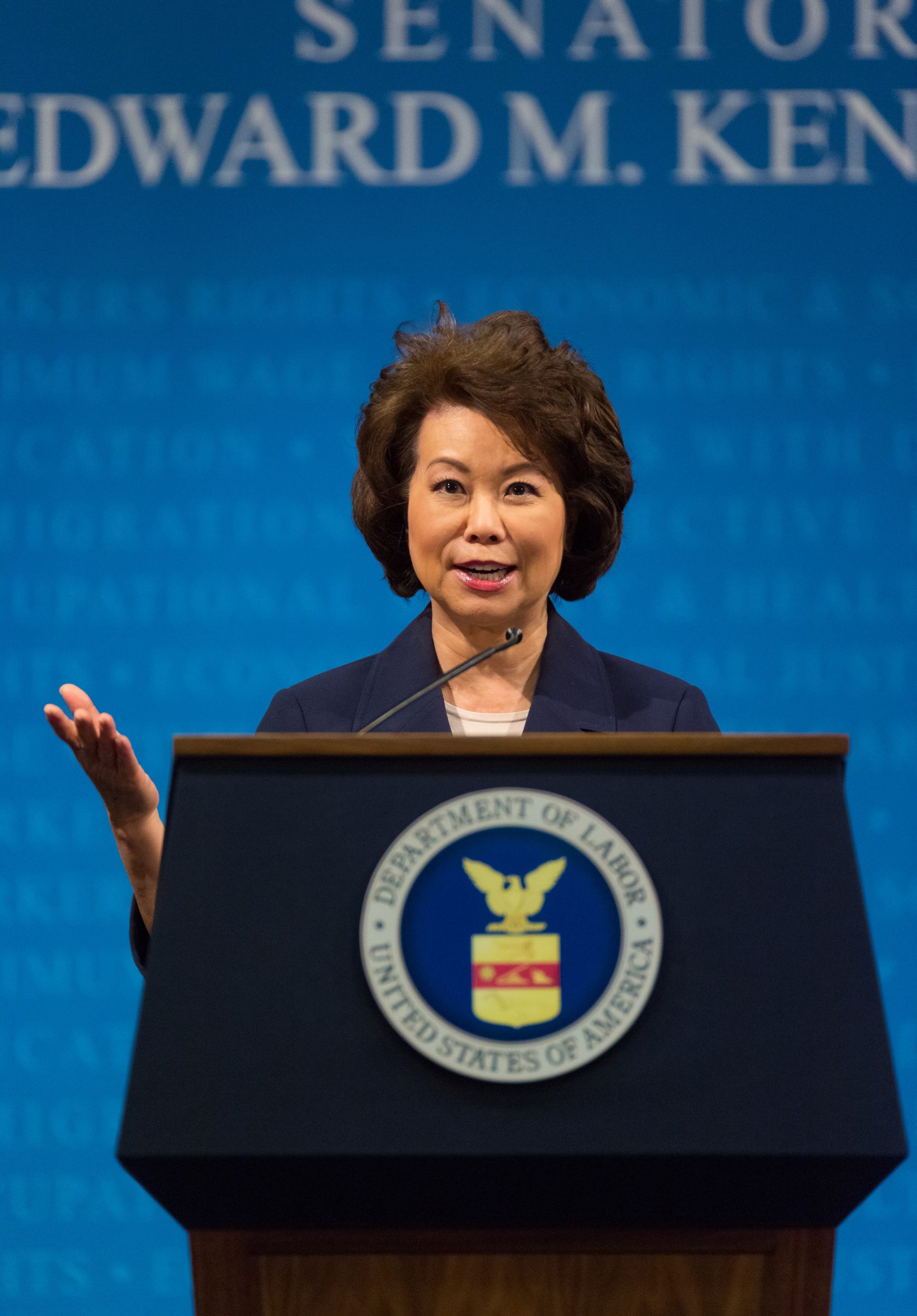 We have covered some of her details and exclusive images for you!

Elaine Chao was born in Taiwan and she immigrated to United States when she was eight years old. She was into the business industry since an early age because of his father who owned the company Foremost Group. She studied in Mount Holyoke College and Harvard Business School. She was raised in New York by her parents. She worked under a number of financial positions before getting into a huge position. She was extremely talented and intelligent. Elaine was the vice President at Bank of America. She is the first Asian Pacific American to serve as the Director of Peace Corps. She served as the president of United Way Of America from 1992 to 1996. From 1996, she worked with The Heritage Foundation in Washington. She was the board member of the Independent Women’s Forum. She was the longest cabinet member to serve as Secretary of Labor in the George W. Bush administration. Later she work as the Secretary of Transportation under Donald Trump. She has been acknowledged with six Honorary Doctorates including Doctorate of Humane Letters in 2015. She was the first Taiwanese American to be appointed in the President’s Cabinet. But, she was reportedly alleged for the use of her power to ship her family business. Elaine Chao married US Senator from Kentucky and Senate Majority Leader Mitch McConnell. She has five sisters and she is the oldest among them. Elaine’s father gave her $5 million and $25 million in support of his husband’s campaigning that boosted their personal income. He family donated $40 million to the Harvard School of Business sponsoring the scholarships of students with Chinese heritage. The school later named one of it’s buildings after name of Elaine’s late mother. She has been described as a ambitious operator with expanded network, and a feminist.