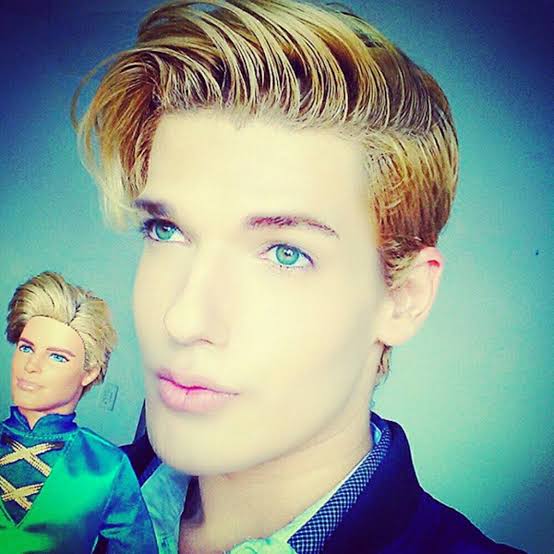 Celso Santebanes was a Brazilian-born guy who is famous for his plastic surgeries, which he underwent to looks like a barbie doll‘s husband.

Celso Santebanes started working at a younger age. He first appeared in a modeling show when he was fifteen. He started entering beauty contests. And got praised by everyone.

Celso inspired and got the idea of becoming a ken Doll was from these shows only. He was praised by many in the contests and recieved compliments over his looks. He was told by many that he do looks like plastic doll. He then became obsessed with the idea of becoming one. He spent thousand dollars to look like a doll. He underwent many plastic surgeries to alter his lips, nose and other features. His looks became famous in no time. His looks and doll like features helped him to become famous. Although he underwent surgery for this, but he himself has some sharp features which inspired him to be the real one. He even started a line of the he molded after himself, just to challenge the Ken. Celso Santebanes diagnosed with lukemia, specifically blood cancer, in December 2014. His health deteriorated and soon he was getting on a wheelchair. He started chemotherapy in January 2015, but that was of no use. He died at the young age 20 in the year 2015.