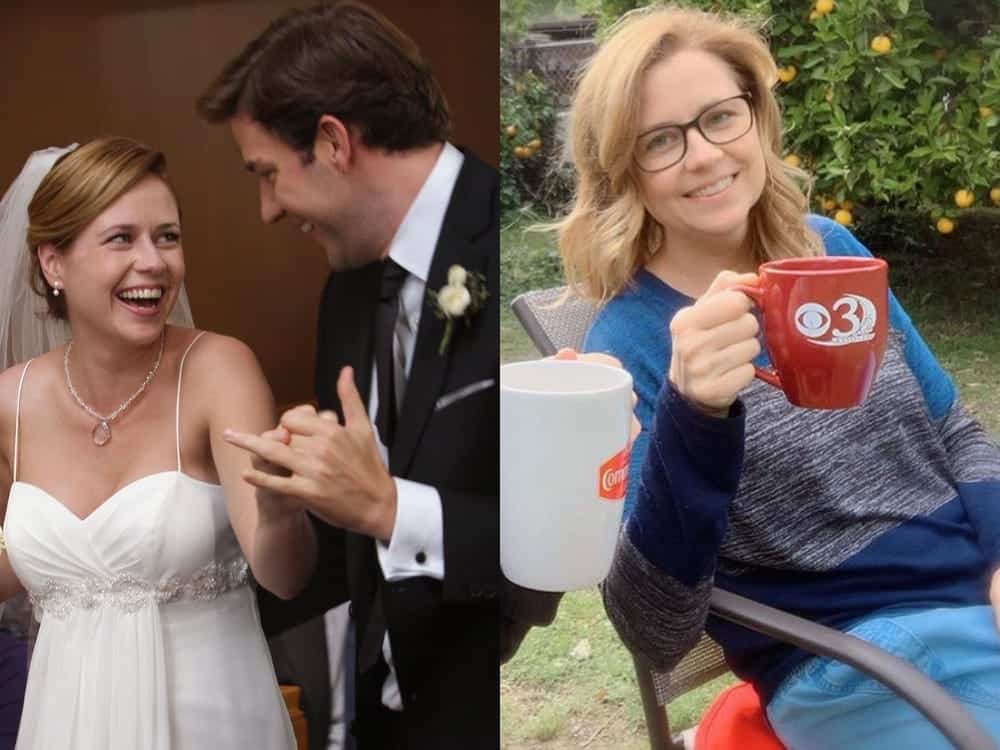 Jenna Fischer, the American actress who got popular due to her role in the sit-com series The Office as  Pam Beesly has been seen wearing the same ring she got while playing her role till date. The actress is rumoured to still be wearing the ring that Jim Halpert (John Krasinki) gave to her during their engagement in the show.

Jenna Fischer is an American actress, born in 1974 in US, is an American actress and producer who  has been well recognised because of her role in the famous serial The Office that revolved around the lives of people employing in the same office. She was nominated for  Primetime Emmy Award for Outstanding Supporting Actress in a Comedy Series in 2007 for her show. Besides, being a well known actress she also produced the last season of The Office. She has appeared in a number of films like Blades of Glory , Walk Hard: The Dewey Cox Story , The Promotion , Hall Pass, and The Giant Mechanical Man . She also starred in comedy- dramas like You, Me and the Apocalypse and Splitting Up Together. She is the author of The Actor’s Life: A Survival Guide which was published in 2017.

Jenna Fisher married James Gunn in 2000 but the couple got divorced in 2010. In 2010, she got married to the screenwriter for her show Lee Kirk. The couple was blessed with a son and a daughter. She has been passionately taking part in animal rescuing and is involved with a number of organisations. Further, adding the to this she said that the role has been really close to her throughout and as a memory she kept the ring with her and never wears it.

Jenny was recently seen flashing her diamond ring after her engagement with Lee Kirk. The ring is 2 carat shaped in a round brilliant cut set in prong setting. The ring is yellow gold in colour and has been flaunted by her in her pictures time and again.