BTS has just announced that they would be releasing the new song this May. It has also been rumored that they have already been working on their own songs. So we could be seeing their individual release as well. There has been a wave of Joy between the Fans all around the BTS world. 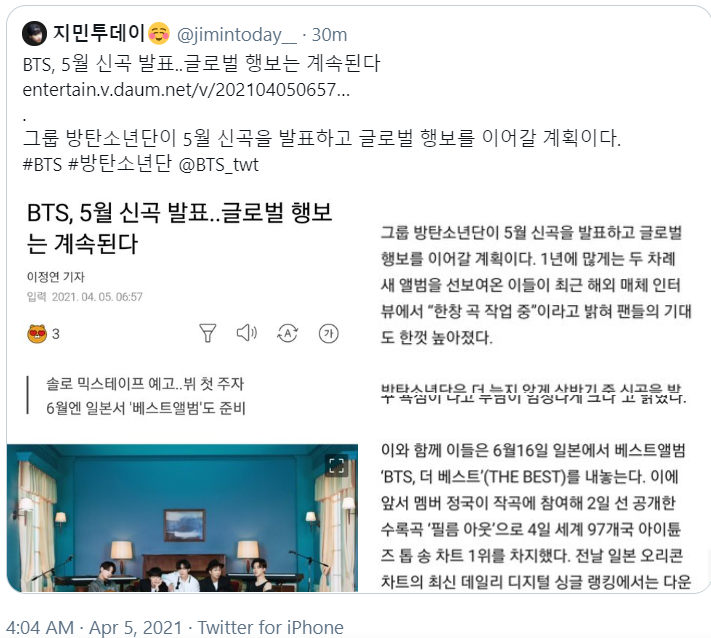 the above tweet translates to “The group plans to release the new song in May and continue their global movement… The team recently revealed that they are working on songs in full swing ” in an overseas media interview.

It’s expected that the members who are ready/prepared will announce their solo mixtapes.

When Does Bts New Song Come Out

It has been made clear that BTS is definitely going to give us a new song this May. Moreover, we might also be getting the songs from individual team members on which they have been working for the last few months (source). It’s come to light after the deleted tweet on 4:04 Am on April 5th,2021 discloses that we might be seeing the new song from BTS in May 2021.