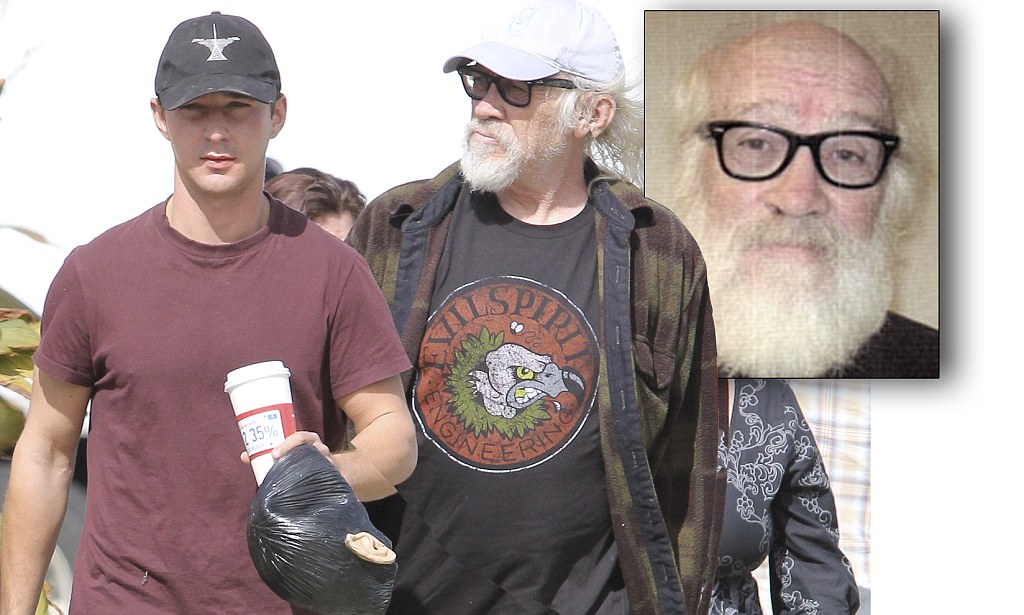 Jeffrey Craig LaBeouf was raised in San Francisco, and he is a Cajun descent. He was later trained as a classical clown who became a war veteran. Jeffrey Craig LaBeouf is the father of an American actor and filmmaker Shia Saide LaBeouf. Apart from this he has witnessed three tours of the Vietnam war. The horrifying view of the war effected him to such extent that he got into drugs and traumatized his family too.  Recently, Shia Saide LaBeouf opened up about his horrifying childhood.

Recently, the 13-years old actor opened up about his traumatizing childhood and his father. He said that due to his worst childhood experience he still sleeps with a gun under his pillow. Also he is suffering form PTSD (Post Traumatic Stress Disorder). According to him the only valuable thing that he has received from his father is pain. He also agrees that his father has the key to most of his base emotions. In addition he has his greatest as well as the wort memory of his life with his father himself. Accordingly this is the negative gift.

According to Shia, as he had to witness wars, that took the lives of many people Jeffrey was broken mentally, and became a hazard to people around him, especially his own son. Jeffrey was battling with addiction from alcohol and heroin.

Shia LaBeouf was not lucky to have a normal upbringing like other children. When other children of his age, were enjoying their childhood, Shea became the bread winner of his family.

Also Shea had to suffer physical and mental abuse from the hands of his father. The actor claims that his father used to supply him with  joints and cigarettes at a very small age.

Shea had an on and off  relationship with his father. Shia has struggled throughout with alcohol addiction and constant run-ins with the law. It was during his rehab period that Shea started writing the script of the movie ‘Honey Boy’. The film is all about the troubled relation between him and his drug addicted father.

Jeffrey Craig LaBeouf was a veteran who witnessed Vietnam wars. He was a hot dog salesman as profession. Apart from this due to his distressing experience of war he got alcoholic and Heroine addict along with convicted sex offender. Well he was also sent to jail for attempting rape after attacking a stranger in 1980. However he agreed that he was high on cocaine and alcohol. Also he said to the judge that was having no clue of what he was doing and it hurts him to see the woman in the courtroom and he feels appalled. Jeffrey and Shia’s mother Shayna got separated when Shia was just three. After separation Shayna moved to Tujunga when Shia was nine. For the sake of their safety, Jeffrey asked neighbor to keep an eye on both. However Shayna got raped in her own house. This incident left Shia frozen. This incident left the actor depressed and is still continuing to suffer from PTSD.