Nzambi mentioned in one of her interviews that each day Kenya produces about 500 metric tons of plastic and only a small amount was recycled and she strongly felt that she needed to do something about it. Before starting her factory she used to work in Kenya’s oil industry as an engineer she quitted her job and started experimenting plastic with different materials and realized plastic acts as a great binder she found the perfect combination of sand and plastic then further she worked on a machine that ideally mixed both the materials. 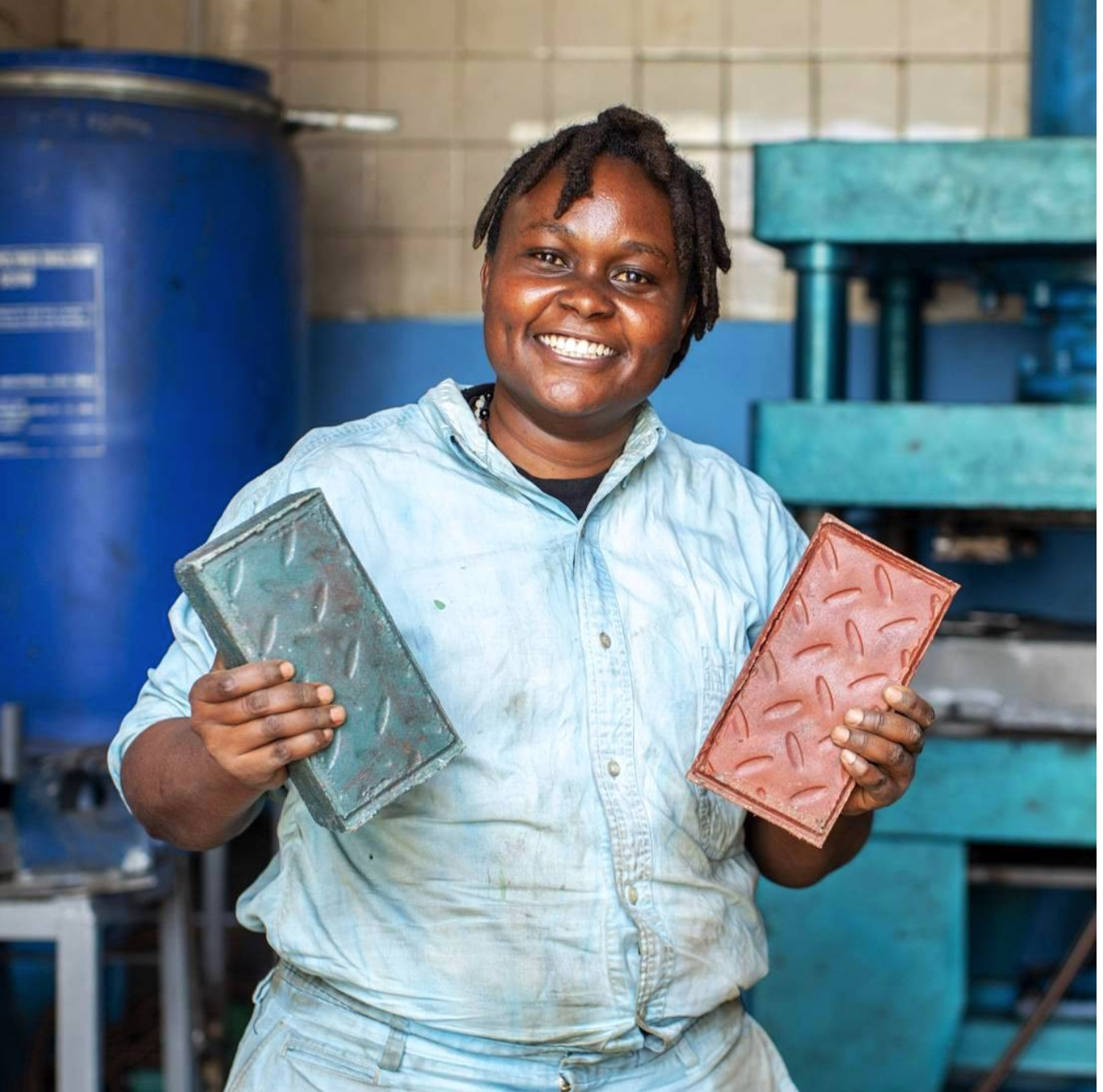 How are the bricks made?

The factory gets plastic waste from factories and buys some from the recyclers. Nzambi single-handedly designed the machine used for making the brick and the mechanism it follows for converting plastic to brick is first an extruder mixes plastic and sand at a very high temperature and then the press compresses it and gives out the final product.

As mentioned above, plastic is fibrous and a great binder thus, the brick is so strong.Also the bricks are light in weight, unlike the usual concrete brick which makes the transportation and installation very easy and the costing also reduces. Nzambi even mentioned in her interview that, “Plastic is a material that is misused and misunderstood. The potential is enormous.”

The company has initially started with making different paving bricks with different thickness and colours and each square meter of brick costs differently, the basic grey brick is 850 Kenyan shillings that is $7.70 per square meter.

Nzambi won the Young Champion of the Earth 2020, Africa which is a prize given to dynamic environmentalists by UNEP (UN Environment Programme)

The company has successfully recycled 20 tonnes of waste since it started and they’re manufacturing 1000-1500 bricks each day. The company also aims to inspire and encourage youth to contribute to the environment and has also provided them with jobs in the factory and in total they’ve produced 112 jobs. Gjenge Makers are aiming to produce thrice their current capacity and to expand their production line.