The  Mandalorian star  Gina Carano was fired by Lucas Film and American subsidiary film and television production company for her controversial posts on social media. Gina Carano is the star who plays the role of  Cara Dune in ‘ The Mandalorian ‘ by Disney Plus. 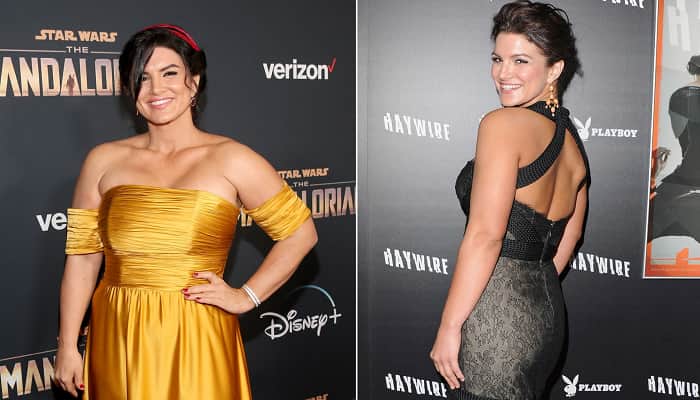 In a statement, an official spokesperson from the production house said that Gina Carano is not an employee of Lucasfilm at present, and neither has she got plans to be a part in the future. Also, it was said that her social media posts criticizing people based on their religion and culture cannot be accepted.

All these incidents happened after Gina Carano shared some posts on her Instagram story on Tuesday night. She had compared today’s divided political climate to Nazi Germany.

Gina wrote that Jews were beaten in the streets, not by  Nazi soldiers but by their neighbours, even it included the children. She also added that the government made the people hate their own neighbours, simply for being Jews. She also asked, how is that in any way different from hating people for their political views.

In another post, Carano shared the image of a person who wore multiple cloth masks with a caption: “Meanwhile in California”. Both the posts were removed by Carano by mid-day of Wednesday. Only one post in which Carano wrote “Jeff Epstein didn’t kill himself”‘, was what remained.

People started using the hashtag #FireGinaCarano, tagging the accounts of Lucasfilm, Star Wars, Disney and Disney Plus. The people also requested to drop Carano from ‘The Mandalorian’. This is not the first time that Carano is facing a social media controversy. Earlier also she has added controversial posts, which her fans had remarked as transphobic. Carano had removed those posts following the controversies.

For  more news and updates stay connected to Evedonusfilm