Since 1948, Myanmar has been wavering between military and civilian leaders. At the same time Tatmadaw (military) has always been in powers. On Monday, military grasped the power of the detained civilian leader as well as activist Aung San Suu Kyi. This consequence, the three days protest across the Southeast Asian Countries. According to the Reuters report, Police clashed with demonstrators on Tuesday, resulting the injury of four people along with one critical injury. 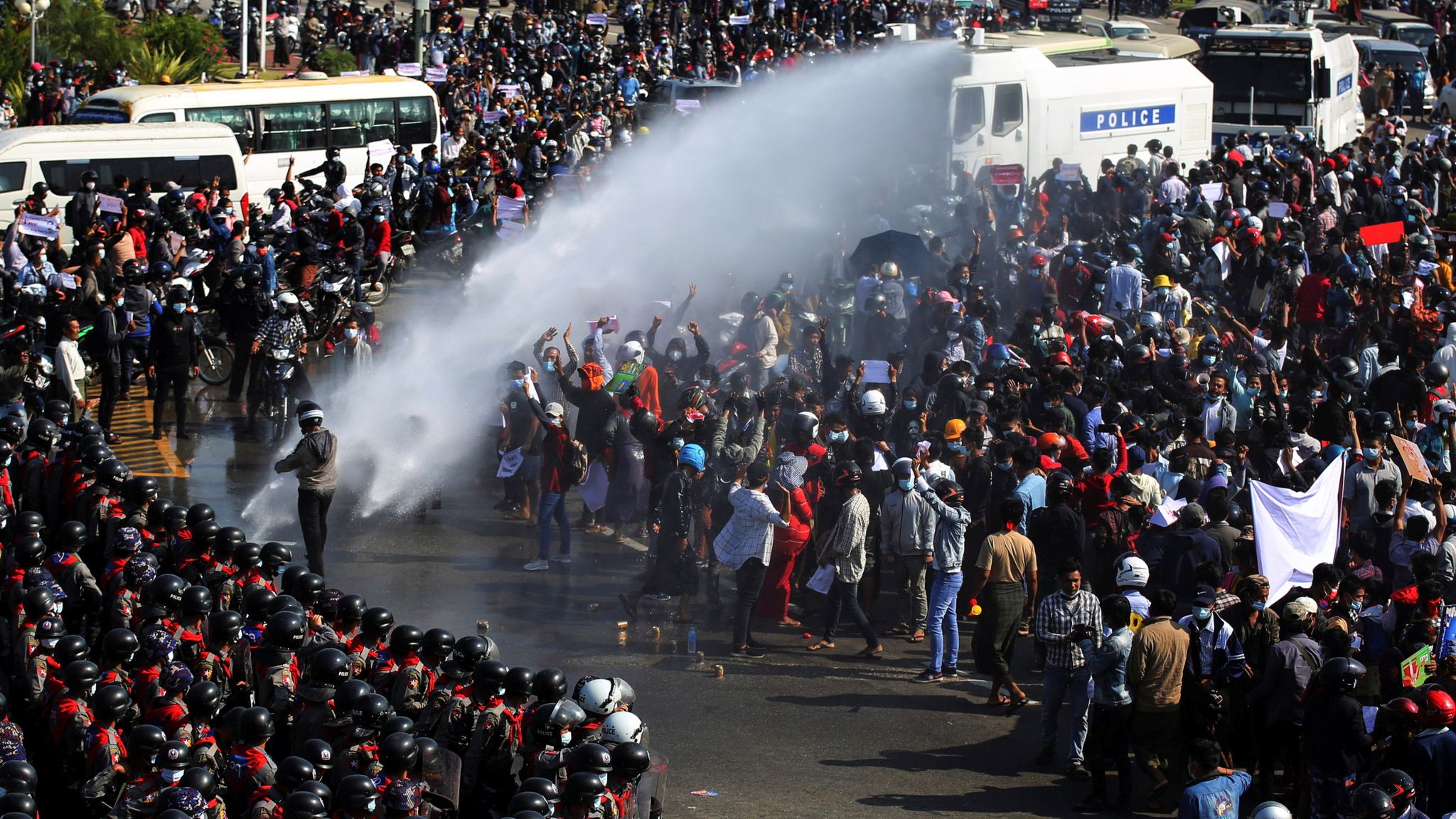 Statements made by prominent persons to certain news organizations.

There are certain activist, spokespersons and many other prominent people who have come up with their perspective as well as statements regarding this issue. Gregory Poling, Senior fellow for Southeast Asia at CSIS explicated that Myanmar’s coup protests are different from the demonstration that took on a large scale in 2017. He also stated to CNBC’s Squark Box Asia “This is what people have been fearing all weeks as these protests grew and you had tens, may be hundreds, of thousands of people on the streets of Yangon and Mandalay and Naypyidaw.”

Apart from this youth leader Esther Ze Naw quoted to Reuters, “We cannot stay quiet, if there is blood shed during our peaceful protests, then there will be more if we let them take over the country.

The 75-year-old Suu Kyi is an activist, Burmese politician, author as well as a 1991 Nobel Peace Prize laureate. She has been isolated after her arrest and is in police custody until 15 Feb. Her lawyer said that he has not been allowed to meet her. She has been charged for illegally importing six walkie-talkies.